Caption Literature
A Rare New Zealand Maori Woven Flax and Kiwi Feather Presentation Bag ‘Kete Muka’
Mid to Late 19th Century
â€¨Size: approx: 22cm high, 27cm wide - 8¾ ins high, 10¾ ins wide
cf: British Museum Maori Collections, 2010, Plate; 186, No.1994
â€¨The Abbey Museum was Britain’s first social history museum and was founded by John Ward (1885-1949). During the London Blitz of 1940 the Museum was forced to close and it never again reopened. The collections were sold to finance the migration of Ward and his Christian community to Cyprus where he died in 1949.
These woven fibre and kiwi feather bags were an adaptation of the Maori cloak making tradition and appeared around the middle of the 19th century. The satchel shaped containers were made from strips of New Zealand native flax plant, Phormium Tenax, which after scraping and pounding yields a good quality fibre. The Kiwi, a flightless bird of great antiquity is peculiar to New Zealand. Their feathers lack the barbules needed to lock together the feathers for flight and are therefore soft and down-like and a favourite material for an important presentation gift or exchange.
Later, in the early 20th century, bags were made entirely of patterned woven flax or cabbage tree leaf by the Maori to sell to the tourist trade.â€¨ 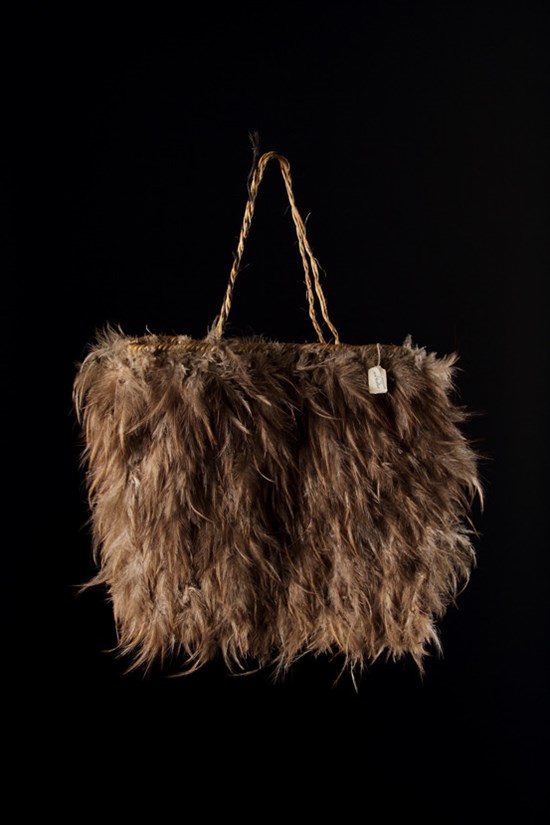 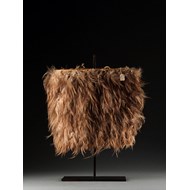 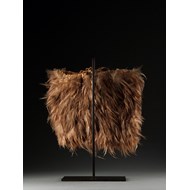 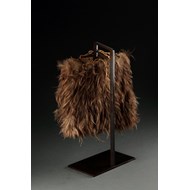 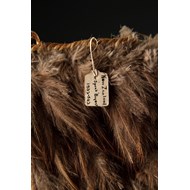 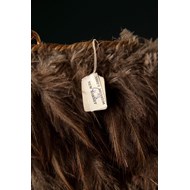 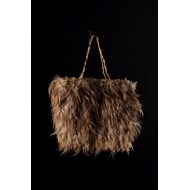