Caption Literature
An English Bronze Ecorché Male Figure Cast by Edward Burch (1730-1814) After a Model by Michael Henry Spang (Active 1750-67)
Light brown polished patina, raised upon marble base
Late 18th Century
Size: 25cm high - 9¾ ins high
These ecorché figures were once attributed to Italian renaissance artists. Wilhelm Bode classified one in the hall of bronzes in the Kaiser Friedrich Museum in Berlin, now the Bode Museum, as ‘Venetian 16th century’. However, Dr William Hunter, who was both a physician and teacher at the St Martins Lane Academy of Art in about 1750, had dissected and flayed the corpse of a condemned criminal and then meticulously made a life size plaster model of it. He used this for teaching life drawing and the model was moved with the art school to the new Royal Academy in 1767. The artist John Zoffany then portrayed Hunter with the life size ecorché figure in two paintings. It is thought that the Danish artist Michael Henry Spang studied anatomy with Hunter in St Martins Lane and made a wax reduction of the plaster figure which Spang exhibited at the Society of Artists in 1761. Soon after this he died and Hunter acquired the wax. Edward Burch was then employed by Hunter to cast a version in bronze after the wax in order to provide artists with a portable version of his life size anatomical figure.
Other 18th century artists also probably made bronze casts as M Baker records Albert Pars being awarded a premium for a ‘cast of an Anatomy figure, after Spang’ in 1767 by the Society of Artists.
Since the renaissance flayed anatomical male figures have held a fascination for artists, and ecorché figures remain a popular study for students of art and life drawing. 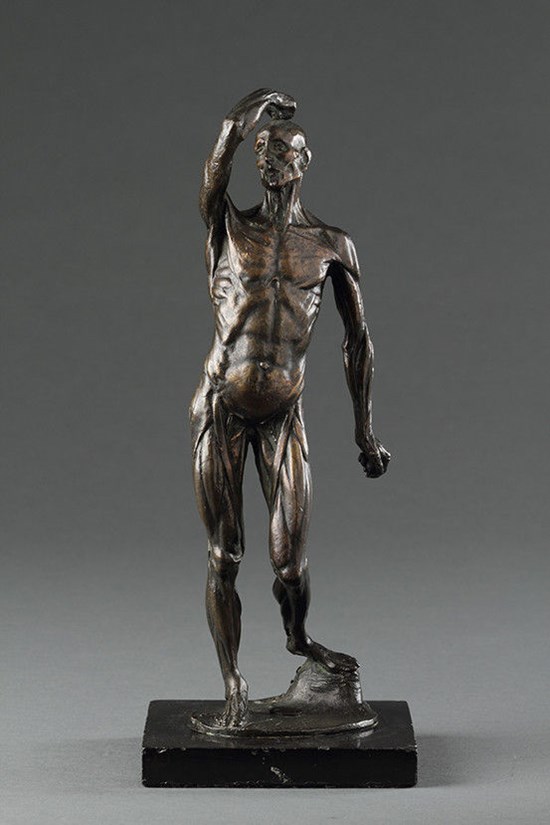 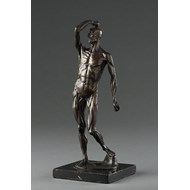 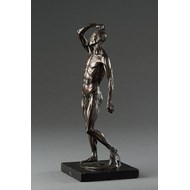 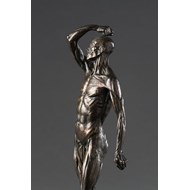 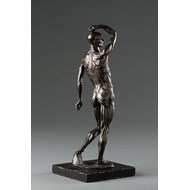 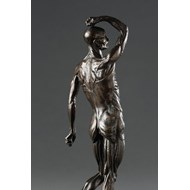