Caption Literature
An English Silver Mounted Coconut Cup Finely Carved with Hercules Slaying a Dragon, a Large Snake Entwined around a Bull and an Eagle all in an Exotic South Sea Island Landscape
Makers mark to the foot rim
Natural curiosities and exotic materials were often turned into extravagant drinking vessels not designed for use, but kept for display where they could be admired by the privileged few.
The hairy naked man depicted holding a cudgel on this cup is taken to be the classical mythological figure of Hercules, but he also represents the ‘Wild Man’ who since the Middle Ages has been an example of the duality of man's animal nature. A purely mythical creature, the Wild Man was a literary and artistic invention of the medieval imagination. He was considered close to God as his natural creature and simultaneously as an ungodly animal barred from heaven. He had instinctive knowledge of the ways of wild beasts and was a skilled hunter, but in spite of his physical supremacy he shrank from contact with humans. His brutish contentious nature expressed itself in a natural combativeness against which neither beast nor man was equal, though his club, and sometimes only his bare hands, was his only weapon. 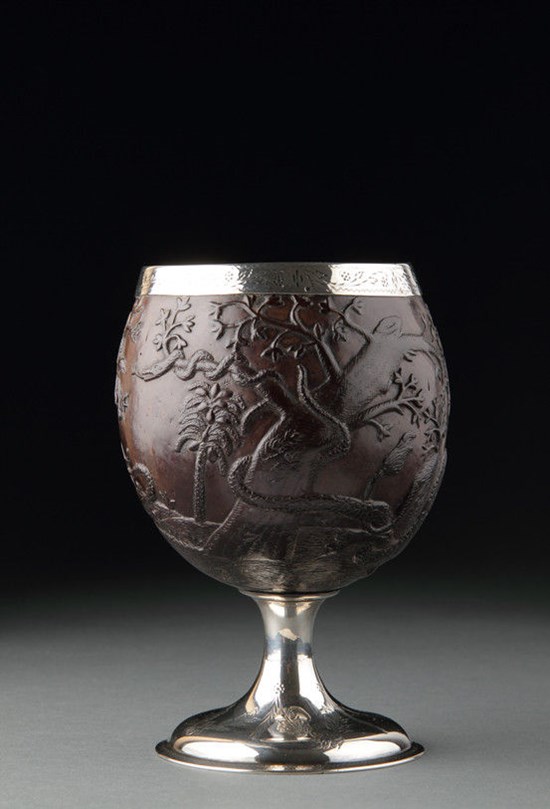 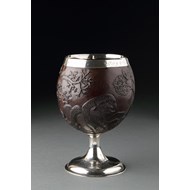 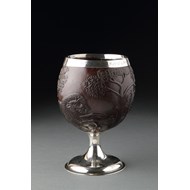 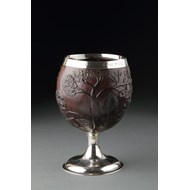 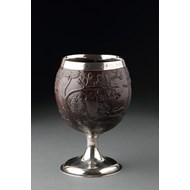 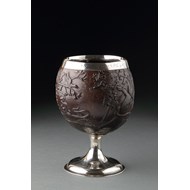 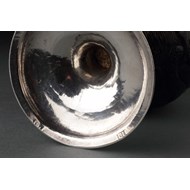