Caption Literature
A Superb Pair of Chinese Canton Carved Ivory Model Pagodas
Each Tier Hung with Bells the Structure Surrounded by a Fenced Garden Terrace with Temple Gates in which Chinese Court Dignitaries Stand with Tables Laden with Precious Objects the Garden Displaying Scholars Rocks Flowering Plants in Pots and Ornamental Trees
Qing Dynasty / Late 18th – Early 19th Century
â€¨Size: 66cm high, 25cm wide, 29cm deep - 26 ins high, 10 ins wide, 11½ ins deep
Of all the objects the Chinese craftsmen in Canton could produce for the export market nothing more intrigued the Europeans and Americans than the carvings of ivory, mother-of-pearl, tortoiseshell, sandalwood, alabaster and hard-stone. A white alabaster pagoda with carved and gilded bells and painted figures exists in the Peabody Museum of Salem which was brought there before 1801 and donated to the East India Marine Society. It is similar in design, size and quality to these two models, but pieces such as these were the exception rather than the rule, the majority were somewhat crudely executed. Model pagodas were more often made of soapstone, jadeite or alabaster which the Chinese had been famous for carving for centuries, rather than producing large scale models in ivory. It is therefore probable that these were especially carved for an exhibition or as a commission.
From the early 18th century carvings in ivory formed a lucrative and influential part of the export trade that passed through the port of Canton. John Barrow in his book ‘Travels in China’ of 1804 stated that ‘of all the mechanical arts that in which they seem to have attained the highest degree of perfection is the cutting of ivory.’ 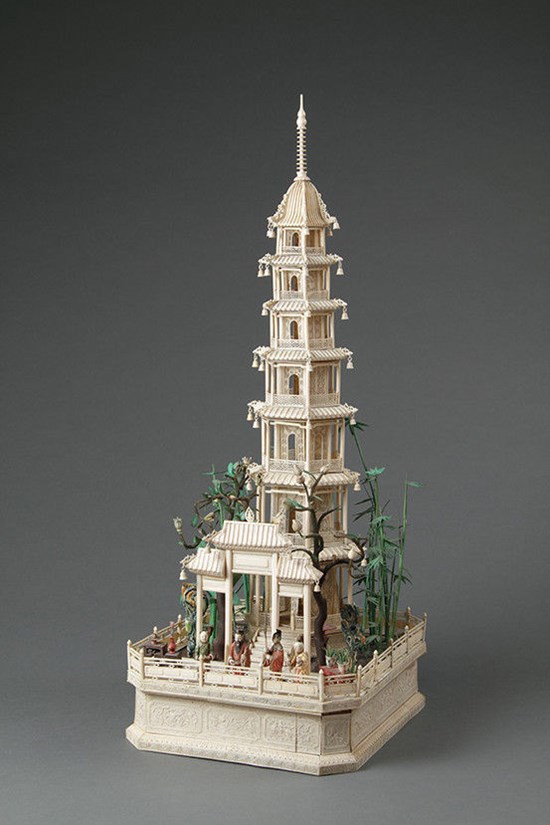 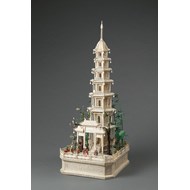 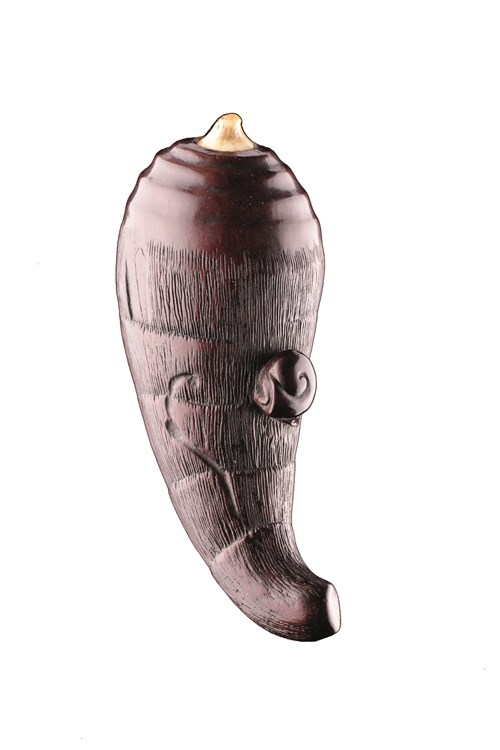