Caption Literature Exhibition
A Fine Derbyshire Blue John Tazza on a Tall Knopped Stem and Spreading Tiered Foot
Early 19th Century
Size: 17cm high, 16cm dia. - 6¾ ins high, 6¼ ins dia.
See: Finch & Co catalogue no.8, item no.85, for another Blue John Tazza
Blue John, a type of fluorspar, is unique to Derbyshire and has been valued for its beauty and colour for hundreds of years. Pliny writing in the 1st century AD noted a material he called ‘Murrhine’ which he said was ‘approaching the colour of wine’ and had ‘great variety of colours and the wreathed veins....present shades of purple and white with a mixture of the two; the purple gradually changing as it were to a fiery red and the milk white assuming a ruddy hue’. Pliny also commented in his Natural History that ‘murrhine vessels were for taking drinks that are either hot or cold’ and that ‘a person of consular rank grew so passionately fond of his cup as to gnaw its edges’. The Emperor Nero is said to have paid a vast sum for one cup as it was thought to make the wine taste better. Although probably discovered by the Romans when mining for lead, the earliest known use of Blue John as an ornamental stone in Britain is in the mid 18th century.
NOTE: Now sold
Similar Blue John items always required for stock
Please contact with details 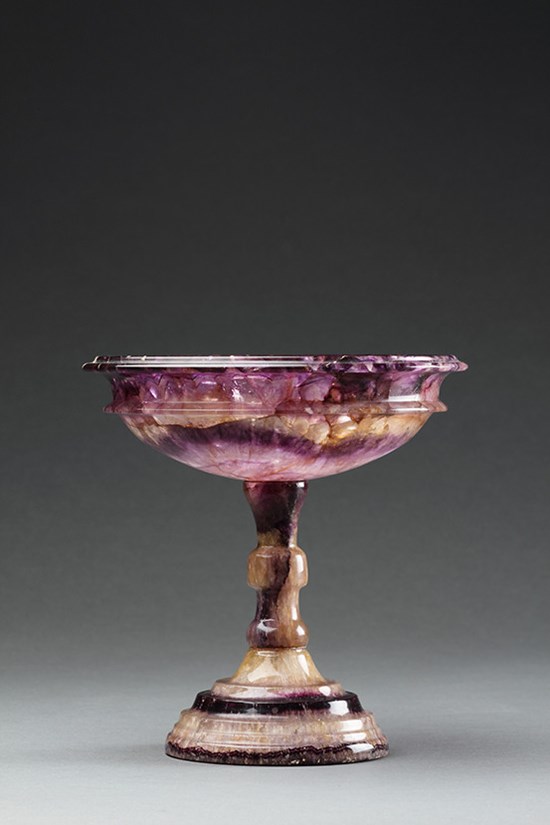 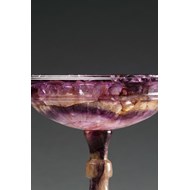 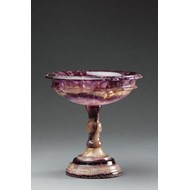 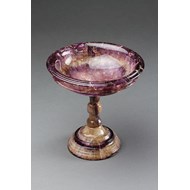