Caption Literature
A Bering Sea Alaskan Inuit Carved Walrus Ivory Amulet or Gaming Piece of Anthropomorphic Form
The Body of a Bird with a Man’s Head
The eyes once filled with Pyrites
Early 19th Century
Size: 3.5cm high - 1¼ ins high
cf: A Similar Piece from Nome, Alaska, Illustrated in the Fitzhugh Collection 19/3455 in ‘Arctic Art Eskimo Ivory’ Museum of the American Indian, 1980
â€¨The concept of transformation, of men into animals and birds, of birds to animals into men, permeates all aspects of Inuit Eskimo life and is often expressed in carvings such as this example. The idea of transformation is a central part of western Eskimo tradition and a cornerstone of the Raven origin myth, and of the concept of ‘inua’, the powerful spirit world of the soul.
The ability of men and animals to transform themselves into other beings whilst always retaining their ‘inuas’ results in an unpredictable world in which one cannot be sure of the true identity of any given creature. Transformations are the reason for the many ‘half creatures’ that are mentioned in Bering sea stories and mythology and of which examples can be found carved of walrus ivory, often as drag handles, such as the man-seal or the walrus-dog. 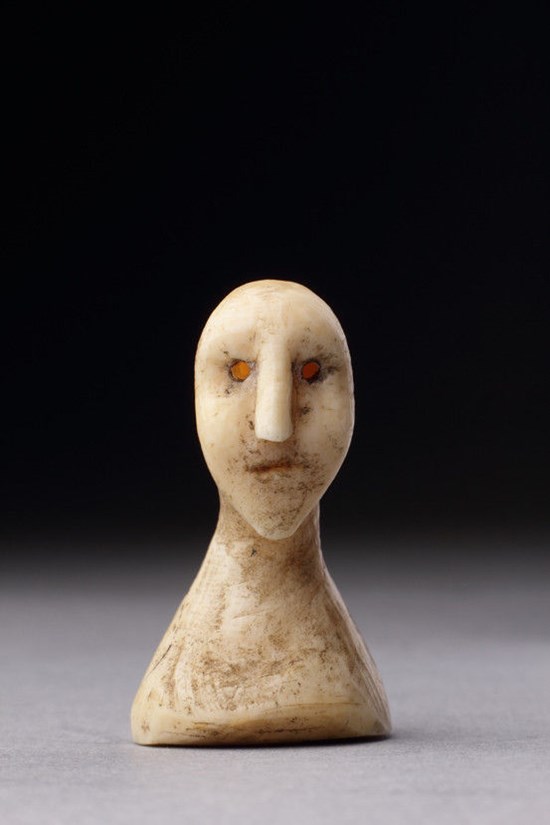 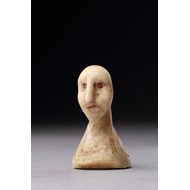 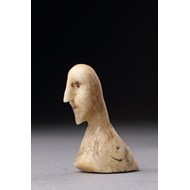 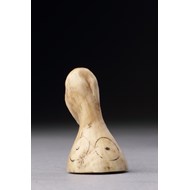 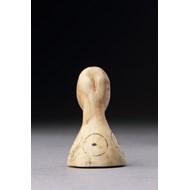 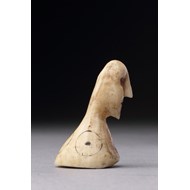 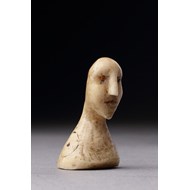