Caption Literature Exhibition
An Antique Skull of a Southern African Black Rhinoceros ‘Diceros Bicornis’
18th – Early 19th Century
SIZE: 28cm high, 56cm long, 33cm wide – 11 ins high, 22 ins long, 13 ins wide
Unlike a stag’s antlers which have a bony core connected to the skeleton, a rhinoceros horn is not integrated with the skull. Instead, the thick nasal bone supports the horn and absorbs the impact when the rhino charges. Its very large head bears two, and sometimes three horns with the female having smaller horns.
The black rhino is actually grey, but takes on the colour of the mud in which it wallows. It is the largest living land animal after the elephant.
CITES article 10 has been granted and is available for this artefact 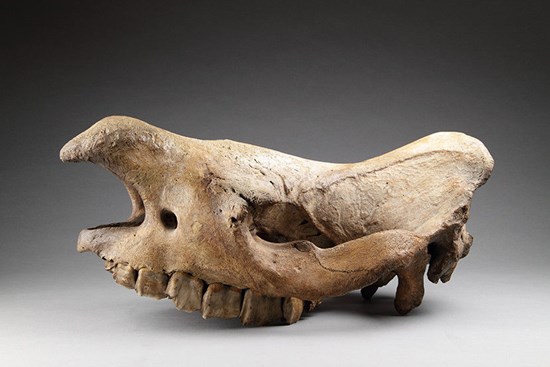 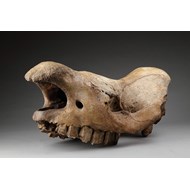 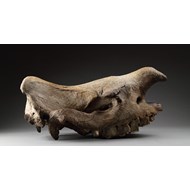 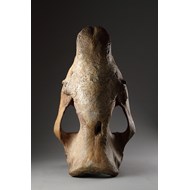 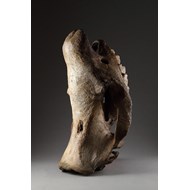 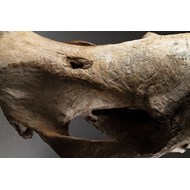 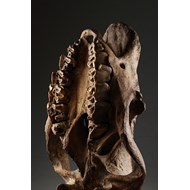 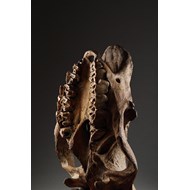 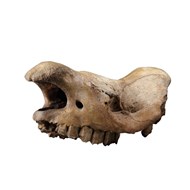