Caption Literature
A Pair of Sri Lankan Carved Ivory Royal Figures of the Kandyan Court each Holding a Lotus Blossom Dressed in their Jewels and Fine Silk Robes
Early 19th Century
SIZE: 12cm and 9.5cm high – 4¾ ins and 3¾ ins high
Known as the ‘Isle of Rubies’ by the early Arab Muslim traders in the 8th - 10th Centuries; described in 1646 as ‘A gift from a divine hand’ by the Portuguese Jorge Phito de Azevedo to his King Joao IV, the beautiful pear shaped island of Sri Lanka was called Ceylon by the British when they brought the island under colonial rule in 1815. Later, Horace Walpole was to describe the country as the ‘Isle of Serendip.’
The mountain kingdom of Kandy was established in the 14th Century by King Wickramabahu of Gampola. The capital was named Kandy in honour of a Brahmin holy man called Senkanda who lived as a hermit in a cave behind what was to become the Royal Palace and its complex of shrines. 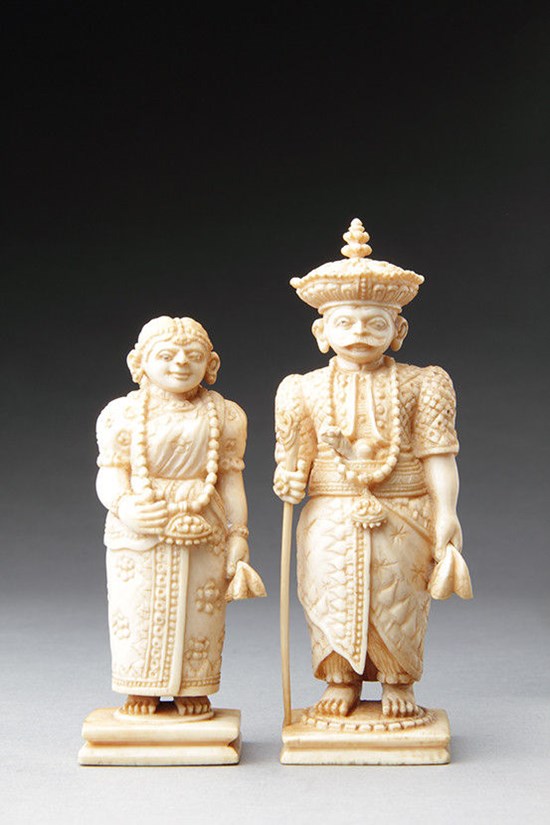 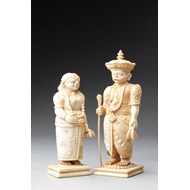 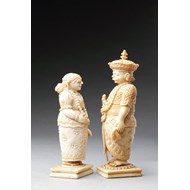 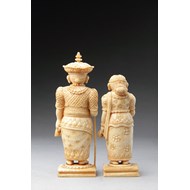 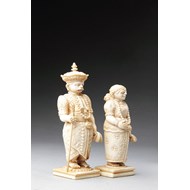 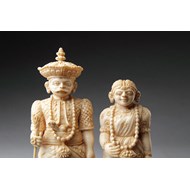