Caption Literature
An Interesting Netherlandish Carved Stone Head of Pan
Attributed to Rombout Verhulst (1624 – 1698)
Museum restoration to tip of nose
17th Century
SIZE: 22cm high – 8½ ins high
Rombout Verhulst was a Flemish sculptor who worked mainly in Holland. In the 1650’s he was the most important assistant to Artus Quellin I in the sculptural decoration of the town hall in Amsterdam. By 1663 he had settled in The Hague where he became a leading sculptor of busts and tombs. His monument to Admiral Michel de Ruyter of 1681 in the New Church in Amsterdam is considered to be his masterpiece.
Pan was a goat-horned and goat-legged Greek god. The son of Hermes and favourite of Dionysus, the fertility God. Born in Arcadia, he played on the Syrinx and haunted caves and lonely rural places. He was playful and energetic, but irritable especially if disturbed during his siesta. He could inspire fear and a sudden groundless fright in both men and animals. Like other Olympians, he enjoyed chasing nymphs, especially Echo. 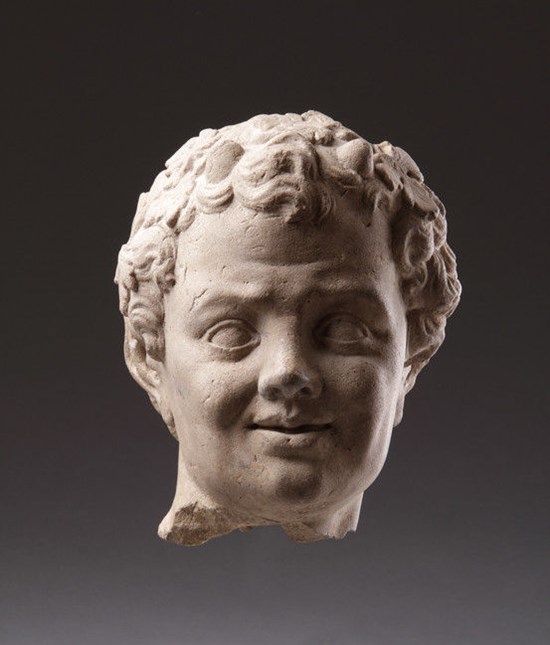 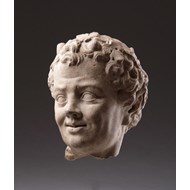 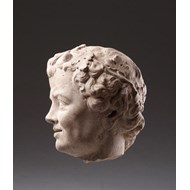 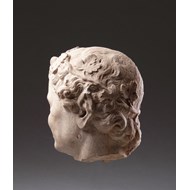 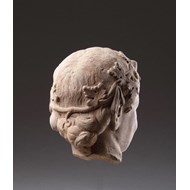