Caption Literature
A Pair of Framed Italian Finely Carved Ebony Panels depicting the Legend of Perseus and Andromeda
Each with an old ink extensively inscribed paper label to the reverse
Mid 17th Century
SIZE: 27.5cm high, 24cm wide – 10¾ ins high, 9½ ins wide
SEE: Finch and Co catalogue no. 3, item no. 72, for a French ebony plaque depicting Neptune
Perseus was a legendary Greek hero, the son of the Argive Princess Danaí« and Zeus who came to her in the form of a golden shower. It was Perseus who killed the Gorgon Medusa and presented her head to the goddess Athena, who had given him a mirror shield. On his way back to Seiphos Island he stopped in the Kingdom of Ethiopia ruled by King Cepheus and Queen Cassiopeia. The Queen boasted that her daughter Andromeda was equal in beauty to the Nereids infuriating Poseidon, who in vengeance sent floods on the land and a sea monster Cetus who destroyed both man and beast. The oracle of Amman announced that no relief would be found until the King exposed his daughter to the monster and so she was chained naked to a rock. Perseus slew the monster and setting her free, claimed her in marriage. 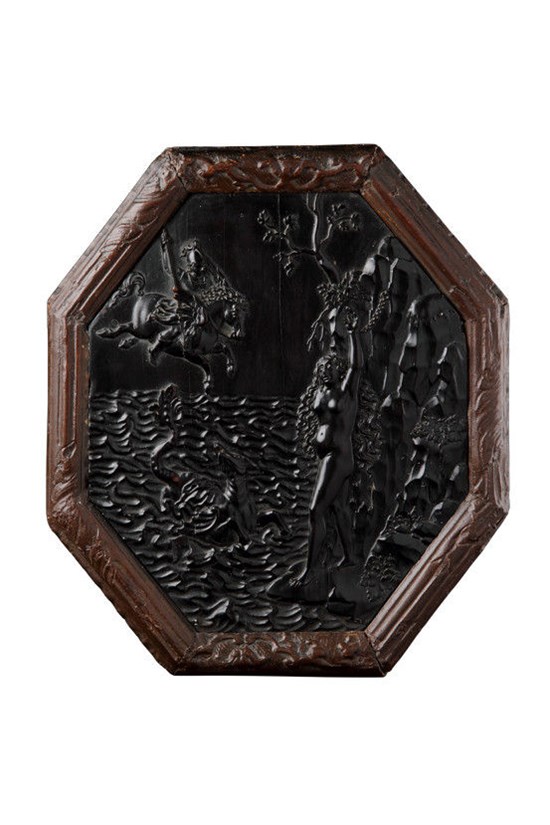 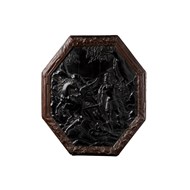 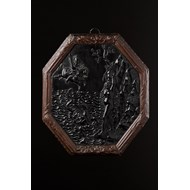 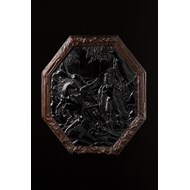 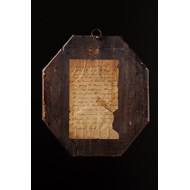 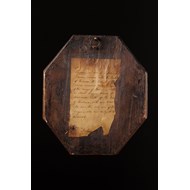