Caption Literature
A North Italian Venetian Bronze Figure of the Venus Marina Standing with a Dolphin Attributed to Tiziano Aspetti (1565 – 1607) and his Workshop
Fine old lacquered dark brown patina solid cast mounted on a turned marble base
Circa 1590 – 1600
SIZE: 12cm high – 4¾ ins high / 20.5cm high – 8¼ ins high (including stand)
CF: A larger bronze of the Venus of Marina by the hand of the Master in the Read Collection, London (Planisciq 1921 fig 644)
Aspetti was trained in the Venetian tradition of Alessandro Vittoria and Girolamo Campagua and although much younger than Vittoria, he was deeply influenced by him. He was also influenced by the works of Sansovino, echoes of whose figures can be seen in his bronzes. Aspetti was an artist who appears to have been happiest when working on a small scale, and these sculptures often formed the tops of perfume burners and inkwells. Aspetti was part of the large and prosperous industry in Venice during the late 16th and early 17th Century that was producing large numbers of bronze door knockers, fire dogs, candlesticks and furniture mounts, and so his work merges almost inextricably with that of Vittoria and Roccatagliata and their workshops. 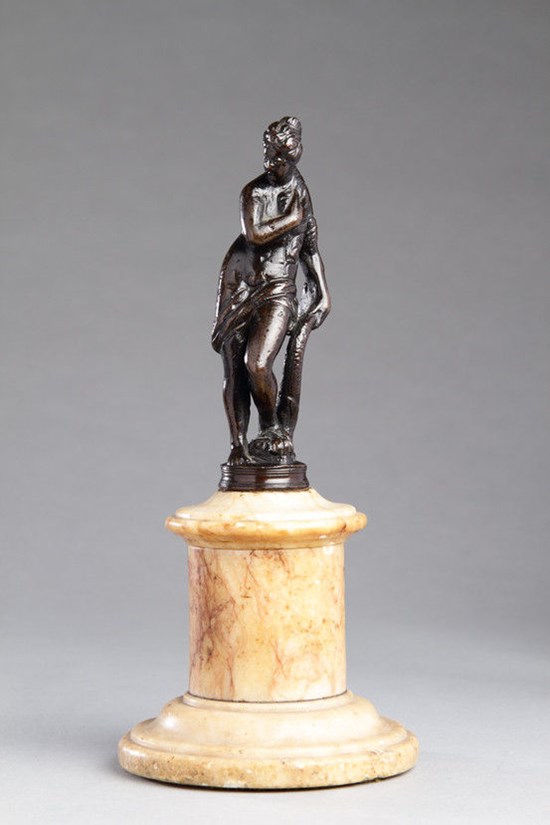 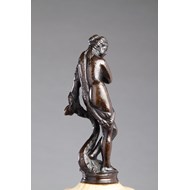 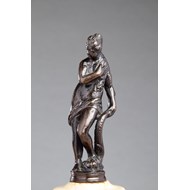 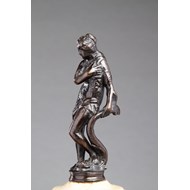