Caption Literature
A Siberian Arctic Yakut People’s Shamans Ceremonial Iron Mask
18th Century or Earlier
SIZE: 23.5cm high, 19.5cm wide, approx: 5cm deep
9¼ ins high, 7¾ ins wide, approx: 2 ins deep
CF: University of Gottingen Asch collection exhibition ‘Shamans in the Palaeolithic’ for a similar mask
Traditionally the Siberian Yakut were herders of cattle and horses. They were also experts at smelting and smithing iron, producing tools, weapons, jewellery and armour. In the Middle Ages Yakut warriors wore body armour and helmets, and put armour on their horses. Metal is still used to decorate Yakut clothing.
Neighbouring groups who were unable to smelt iron from ore perceived Yakut smelting skills to be gifts from the spirits. Yakut shamans were regarded as the most powerful in Siberia because of their ability to smith and smelt metal, and over hundreds of years they developed a complex metalworking culture. Amuletic iron figurines were created to act as spirit helpers and as offerings to propitiate the various spirits of the natural world such as those of the ‘sacred cliffs’ and the ‘sacred tree’. Metal was considered a more powerful material than bone or wood. Dressed figurines were sometimes given a miniature iron mask to wear and used as sacrificial offerings. 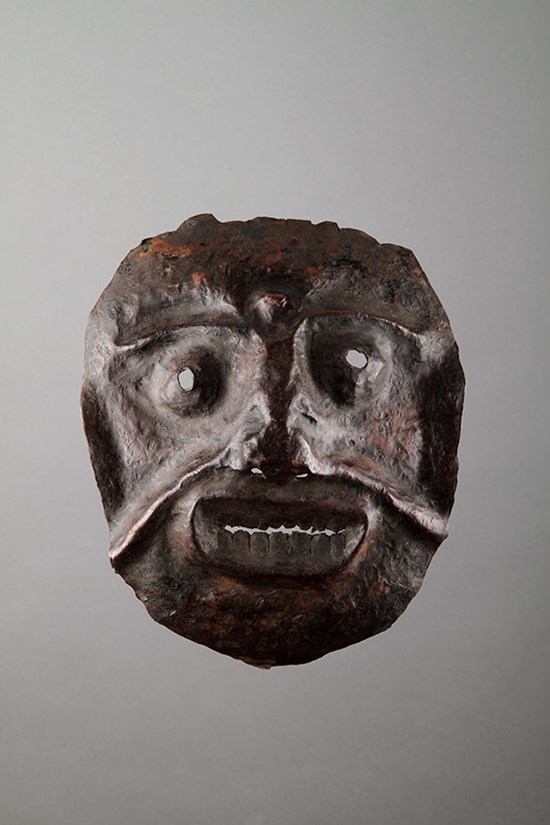 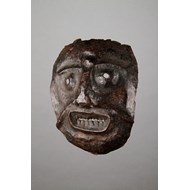 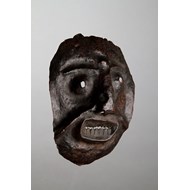 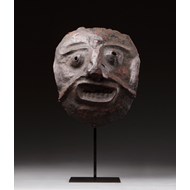 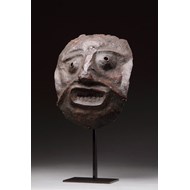 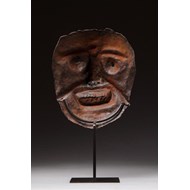