Caption Literature
Two Dutch Falconry Bonnets by Mollen
The smaller hood for a Merlin the larger hood for a Peregrine falcon
Late 19th Century
SIZE: a 9cm high – 3½ ins high (including feathers)
b 8.5cm high – 3¼ ins high (including feathers)
No other form of hunting has been held in such high regard over the centuries as falconry and to have a noble falcon perched on the fist became a symbol of persons of rank. In the Middle East falcons are regarded as the quintessence of beauty, speed and audacity, and are still thought to be symbols of great status.
Adriann Mollen was Prince Alexander of the Netherlands professional falconer. Prince Alexander was president of the Royal Loo Hawking Club and in the area surrounding the Palace of Het Loo he developed ideal conditions for heron falconry. The area was also on a migration route for peregrine falcons, which were caught and trained for numerous European Royal dynasties. Mollen became famous not only for his reputation as a sympathetic falconer, but also for his technical skill in producing falconry equipment. 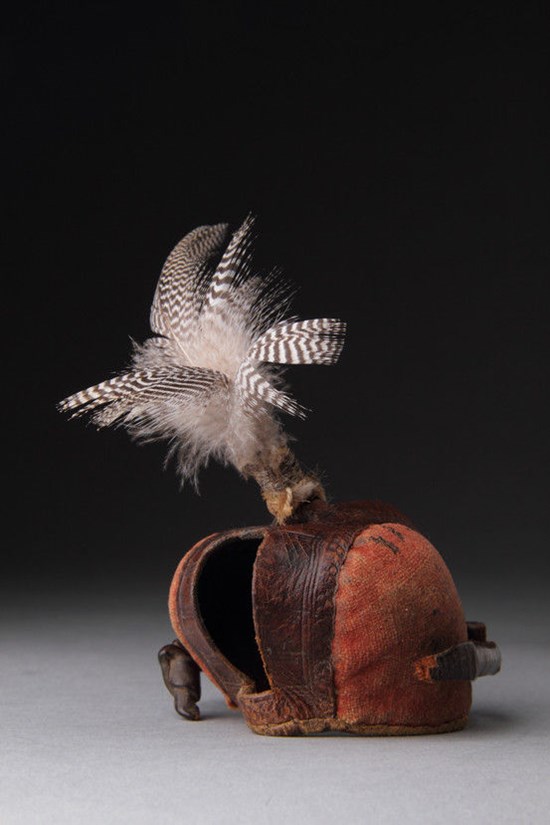 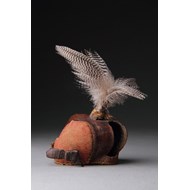 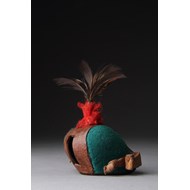 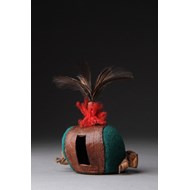