Caption Literature
An Unusual Pair of China Trade Cantonese Carved Ivory Parrots on Cherrywood Bases
Circa 1880 – 1900
SIZE: 21cm high – 8¼ ins high
Parrots have never been domesticated in the same way that chickens, ducks and pigeons have, but more species of parrot have been tamed and raised in captivity than any other group of birds. Tribal peoples have kept them as pets since time immemorial and the talking ability of the African Grey is mentioned in ancient Greek and Roman texts.
Parrots develop their ability to mimic only in captivity to which they adapt with ease. No other bird uses its feet almost like hands, holding food in one foot and biting pieces off much as one would eat a sandwich. Reacting to flattery and capable of showing affection, parrots are extremely long lived. Individuals are known to have lived upwards of 50 years in captivity and one is recorded as having reached 80. 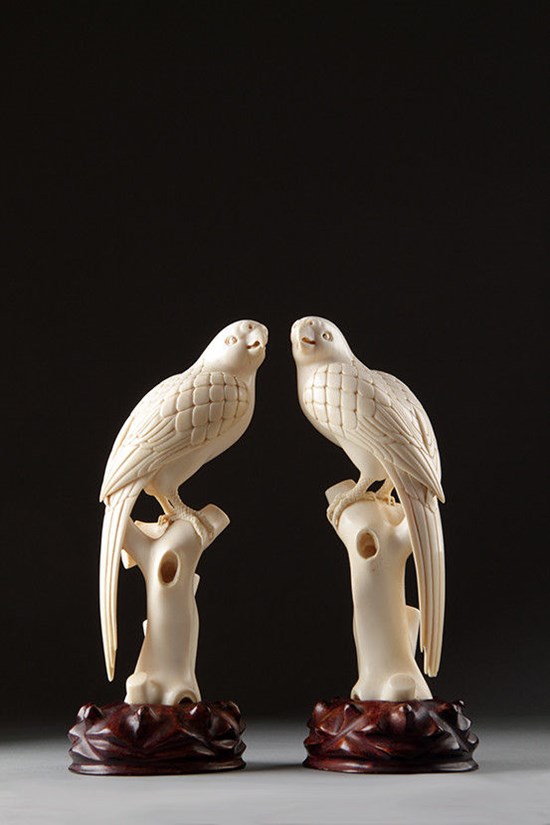 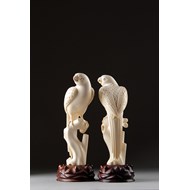 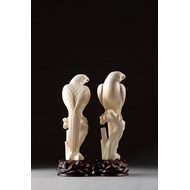 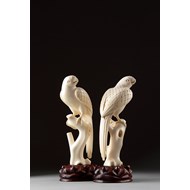 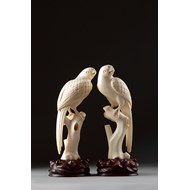 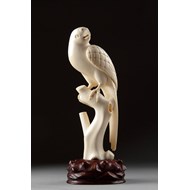 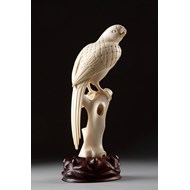