Caption Literature
An Very Fine and Long Antique Specimen of a Narwhal Tusk ‘Monodon Monoceros’
The untouched surface with a smooth shiny patina and a very deep spiral twist
18th Century
Size: 251.5cm long – 99 ins long / (8 feet 3 inches)
See: Finch & Co catalogue no. 3, item no. 40, catalogue no. 7, item no. 129, catalogue no. 13, item no. 123, and catalogue no. 19, item no. 72, for other examples
Article 10; documentation available
C.I.T.E.S documentation available
The narwhal’s tusk grows with age through the upper lip spiralling clockwise to reach up to 4 metres. It has until now been thought to be a sword like weapon to ‘fence’ rival males at breeding time, but recent research at Harvard has shown that the tusk is a sensory organ of exceptional size and acute sensitivity that through 10 million nerve endings can detect subtle changes of temperature, pressure and particle gradients and possibly more, giving the narwhal unique insights into its ocean environment.
On the surface of the tusk there are millions of openings or tubules that lead down through a maze like coating to inner nerves and tooth pulp which is connected to the narwhal’s brain. It is now thought that when the males hold their tusks high in the air they are serving as sophisticated weather stations helping them to detect the fatal freezing of open ice channels and the arrival of cold fronts.
It is no longer thought that ‘tusking’ or the rubbing of tusks with other males is a ritualised form of battle but more like the brushing of one’s teeth. It is a way for males to remove the encrustation on their tusks so that the tubules stay open allowing them to function more effectively as sensors.
Thought in antiquity to be the horn of the mythical unicorn and to possess magical powers, narwhal tusks have always been highly prized and avidly collected as supreme examples of natural curiosity. Now there is even more of a reason to wonder at the magical narwhal tusk.
Seeking the unicorn became a feature of the exploration of the New World in the 16th and 17th centuries. So many new animals and species of plants were being discovered that is seemed possible that one day the fabled unicorn would be found. The ‘Great Horn of Windsor’, which was valued by the German traveller Hentzner in 1598 at £100,000 was, picked up on an island in Frobishers Strait on July 22 1577. When it reached England it was ‘reserved as a jewell by the Queen Majesty’s commandment, in her wardrobe of robes’. It was, of course, a narwhal tusk.
In 1660 the German scholar J.F. Hubrigk demanded ‘Is there any Prince, Duke or King in the world who has not either seen or possessed, and regarded as among the most precious of his possessions, a unicorn’s horn?’
The belief in the antidotal properties of unicorn horn came from the East, especially India where the origin of the legend of the unicorn was probably the rhinoceros, but in the west it was the much more distinctive, elegant and impressive narwhal tusk that became the ‘unicorn horn’, its true nature proclaimed by the unique spiral, its ‘cochleary turnings’ as the 17th century English physician Sir Thomas Browne described it. And so the narwhal became the horn that princes coveted and that was worth ten times its weight in gold. 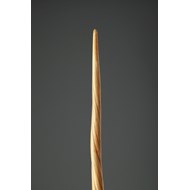 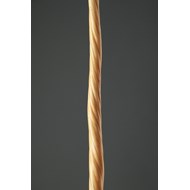 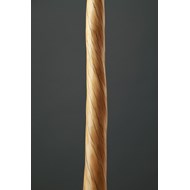 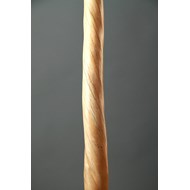 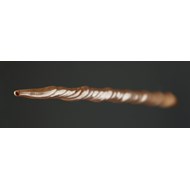 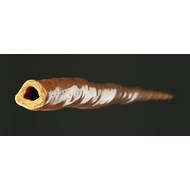 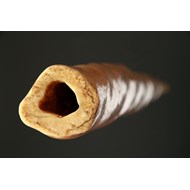