Caption Literature
A Western Polynesia Fijian Chief’s Flywhisk ‘I Roi’ of Ironwood with a Finely Plaited and Braided Coconut Sinnet Fibre Mane
19th Century
Size: 63cm long – 24¾ ins long
Flywhisks were objects of status for high-ranking individuals and ceremonial attendants and were used on Tonga and Samoa as well as Fiji. Their geographical attribution is difficult as Samoan-Tongan carpenters were settled in eastern and coastal Fiji working in the service of local chiefs to produce weapons and regalia as well as canoes, but in general Samoan flywhisks have longer lengths of fibre for the mane.
Fijian chiefs and priests enjoyed a semi-divine status, and before the advent of firearms, were relatively immune on the battlefield. In war they advertised their status by their dress and by holding distinctive weapons such as the shield-like broad bladed paddle club. In peace they were recognised by a bark-cloth turban, a long train to their loincloth and by holding a flywhisk.
However, whatever their ultimate significance flywhisks probably originated out of necessity. Many of the small islands of the Pacific support enormous populations of flies, which were possibly worse during the 19th century. The early European settlers quickly adopted the use of the flywhisk as is evidenced by early photographs. 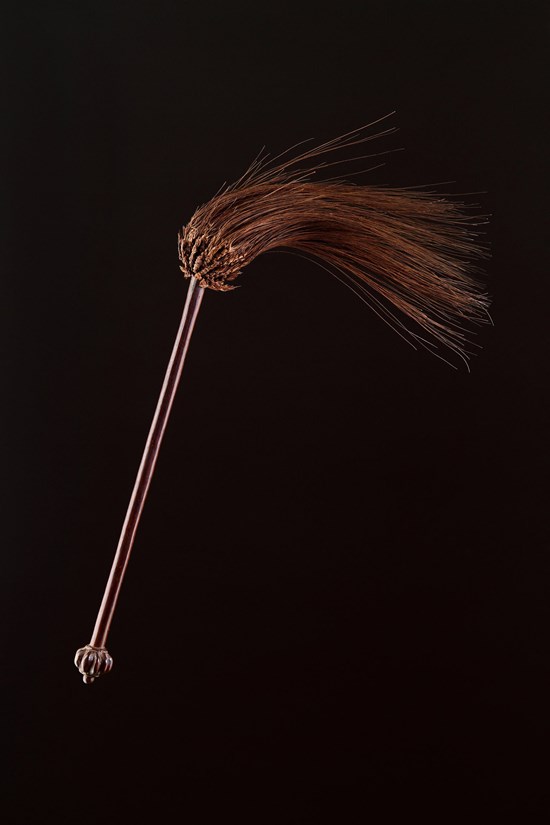 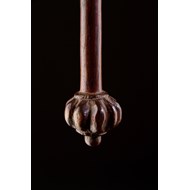 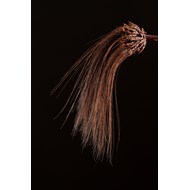