Caption Literature
An Unusual South African Xhosa Ceremonial Wooden Pipe of Humorous Design
The two-branched stems attached to the pipe bowl lined with metal the long shaft tapering to a carved human foot
Old silky smooth patina
19th Century
Size: 72cm long, 12cm wide, 28¼ ins long, 4¾ ins wide
The use of tobacco played a major part in many traditional ceremonies and rites throughout daily life at the Cape and the presence of the ancestors was acknowledged at all of these important events. Pipes were often given as wedding presents or as gifts to maintain harmonious family or kinship ties. Although men always carved them, pipes were used by both genders and were prized as family heirlooms passed down through generations and often only used on special or ritual occasions.
Xhosa pipes with long stems were generally used by women and indicated some degree of status. Non-figurative pipes are thought to pre-date figurative ones, with those made in the Eastern Cape often having a humorous twist in their design. The pipes artistic aesthetic expressed in its craftsmanship helped to reinforce the belief that tobacco was directly associated with generous and powerful ancestral spirits, as well as living individuals of high status. 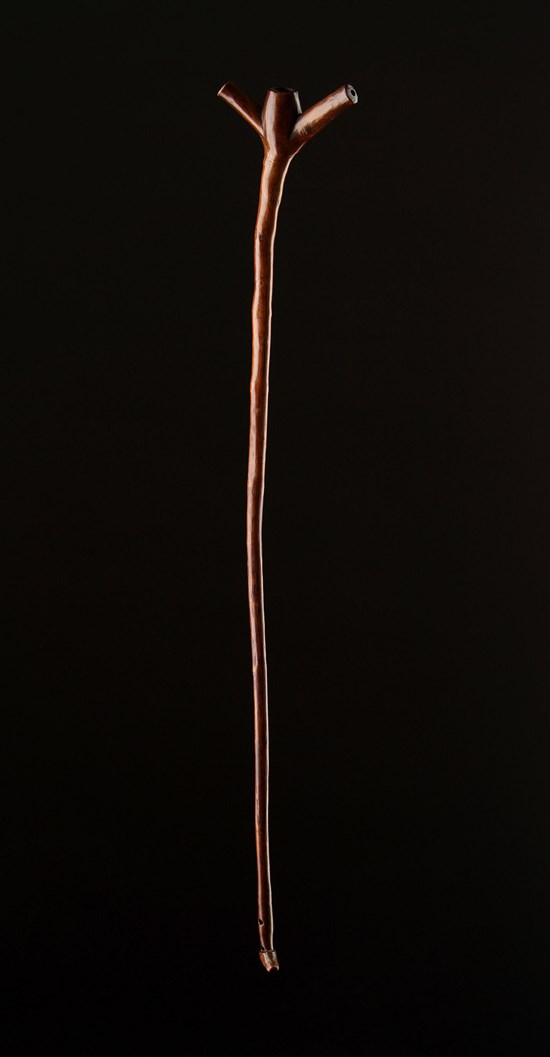 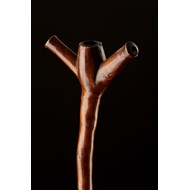 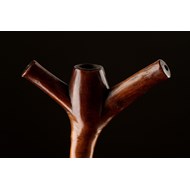 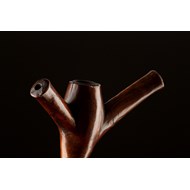 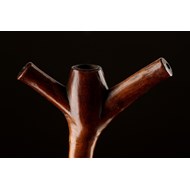 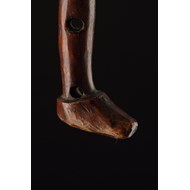