Caption Literature
A West African Yoruba Finely Carved Female ‘Ere Ibeji’ Figure with an Elegant Open Plaited Hairstyle wearing Bronze Bangles around her Wrists and a String of Beads about her Waist
‘Oke Eho’ Oyo Yorubaland
Early 20th Century
Size: 25.5cm high – 10 ins high
The Yoruba people of Nigeria have an extraordinarily high occurrence of twin births, said to be four times that of anywhere else, and subsequently a high rate of infant mortality. In the late 19th century and first half of the 20th century Yoruba artists created a variety of regionally carved twin figures ‘ere ibeji’ to meet the needs of grieving parents who wanted to honour their deceased twins. These small sculptured memorial figures would be placed on personal domestic shrines, sometimes in the mother’s bedroom, where they would be bathed, anointed with palm oil, smeared with red camwood powder and given offerings of food as sustenance. Over time these weekly propitiatory rites, the ritual washing and rubbing, would produce a worn and smooth patination giving the facial features an abstract inner-spiritual power. The bronze bracelets and beads would be added by the parents to enhance the beauty of the figure. To the Yoruba these carved images of their lost twins came to represent an affirmation of life in the face of death. 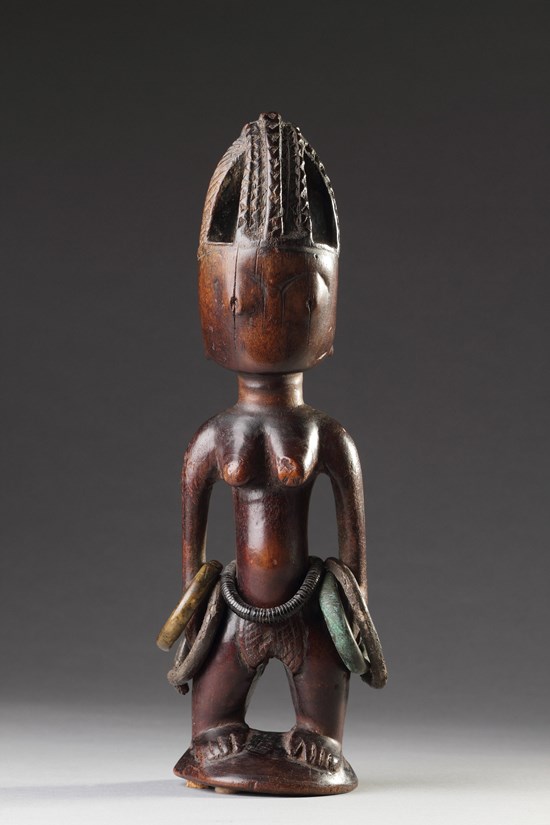 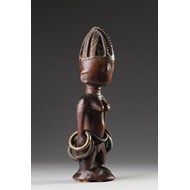 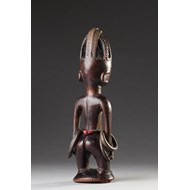 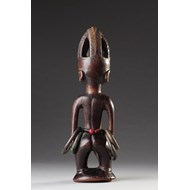 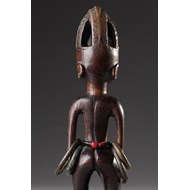 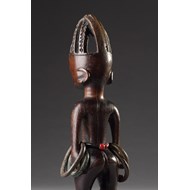 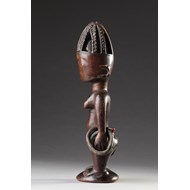 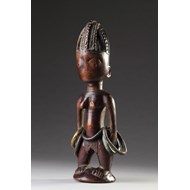 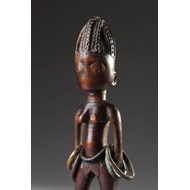