Caption Literature
A Rare and Unusual English Carved Boxwood Lottery Teetotum or Gambling Ball
Incised on 32 Sides with the numbers 1 to 32
18th Century
Size: 5.5cm dia. – 2¼ ins dia.
See: Finch & Co catalogue no. 3, item no. 42, catalogue no. 10, item, no. 3, catalogue no. 20, item no. 42, and catalogue no. 21, item no. 35, for marine ivory examples
Lotteries first began to be an acceptable form of raising money for government funds under Elizabeth I in 1568-69 when urgent repairs to the harbours and coastal fortifications of England were needed to repel any seaborne invasion from the Spanish. Lotteries then became established as a legitimate means of increasing revenue by successive acts of Parliament. Even under the strict puritan rule of Oliver Cromwell during the ‘Commonwealth’ they were allowed to continue and were a very lucrative source of government income.
When gambling, teetotum balls are preferable to spinning dice, because when thrown the faceted numbered sides of a ball give an equal chance of any number turning up. Teetotums give the gambler much more of a winning chance. 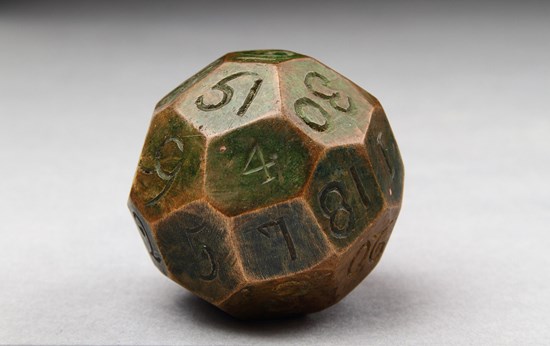 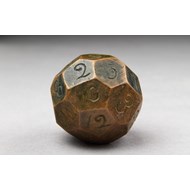 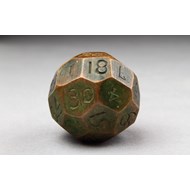 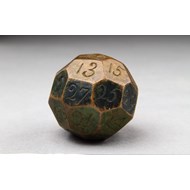 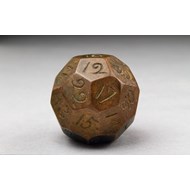