Caption Literature Exhibition
An Impressive Whalers Silver Mounted Narwhal Tusk Walking Cane
‘Monodon Monoceros’
18th Century
Size: 90cm long – 35½ ins long
See: Finch & Co catalogue no. 21, item no. 25, for a 19th century example
C.I.T.E.S Article 10 available
In 1555 Olaus Magnus in Uppsala, Sweden wrote of the narwhal ‘The monoceros is a sea monster which has a very large horn in its forehead with which it can pierce through and destroy ships and kill many men’ (Historia de Gentibus Septentrionalibus). Mariners hunting the sperm whale, the colossi of the sea, would encounter the narwhal and presume them to be the ‘unicorns of the sea’. The tusks would be brought back from Greenland and the Arctic and sold to merchants and collectors as valuable magical objects for cabinets of curiosities.
It was the greatest Danish scientist of the 16th century, Ole Worm (1588-1654) who discovered the truth on being given a narwhal skull complete with its tusk in Copenhagen in 1615. His drawing of it was used as an illustration for a thesis in 1638 debating whether the tooth might possess the same magical qualities attributed to the unicorn’s horn. Belief in the existence of the unicorn persisted into the 18th century when there could be found over 100 ‘unicorn’ apothecary shops in Germany. The animal and its mythical horn was found displayed on jars, bags, bottles and even invoice headings until the late 18th century as a reminder of the time when powder made of ‘unicorn’ horn was held in high esteem as a cure for all ills and an important antidote to poison.
NOTE: Now sold, similar Narwhal walking canes wanted for stock
CITES Article 10 certificates are required for antique narwhal canes, these can be applied for on behalf of the client with all paperwork and costs involved covered by Finch and Co 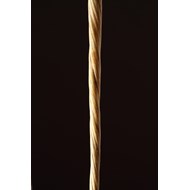 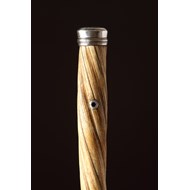 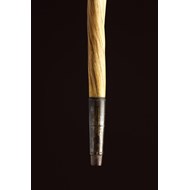 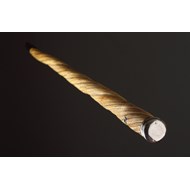 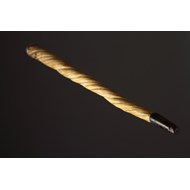