Caption Literature
An Early Victorian Conchologists Diorama Filled with a Collection of Seashells Corals and Sea Life
First Half 19th Century
Size: 43.5cm high, 51.5cm wide, 22cm deep – 17 ins high, 20¼ ins wide, 8½ ins deep
Shell collecting has been a favourite pastime since the Renaissance, although their intricate beauty has captivated humans since earliest times. Their arrangement into aesthetic and pleasing designs satisfied the earnest and learned minds of collectors, who almost always also had a desire to further knowledge and study in their subject. In 1717 the Amsterdam apothecary and concologist, Albert Seba (1665-1736) sold to Peter The Great of Russia a cabinet of ‘East Indian Cypress Wood’ containing 72 drawers of artfully arranged shells.
Shells were among the exotic treasures brought back from the voyages of discovery when they were so coveted by wealthy collectors that certain specimens could raise enormous sums at auction. The first shell auctions were held in Holland during the early 1700’s and attracted buyers from London, Paris and Copenhagen. One of the first English auction sales was that of the collection of Commodore Lisle which took place in February 1753 at Longfords in London. The shell of a precious wendletrap fetched £115 – a staggering sum! 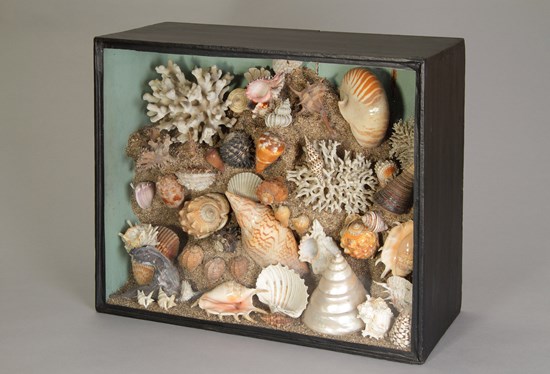 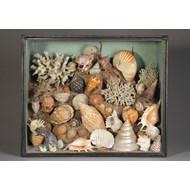 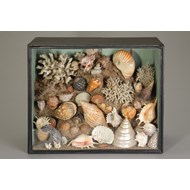