Caption Literature
An Unusual Silver Reliquary Box Containing a Miniature Bohemian Coloured Glass Figure of St John of Nepomuk, Patron Saint of Prague Inscribed to the Hinged Lid: ‘St John of Nepomuk 1330-1393 Imperial Notary Priest Rector of St Gall in Prague 1381 After Suffering Torture He Was Drowned In the Vltava By Order of King Wenceslaus’
To the base an engraved armorial being the Arms of the Reade Family originally pertaining to Thomas Rede of Abingdon who purchased the manor of Duns Tew in 1545 and in 1550 the Manor of Barton, Oxfordshire
Mid 19th Century
Size: 2cm high, 5.5cm dia (max) – ¾ ins high, 2¼ ins dia. (max)
Halfway across Charles Bridge in Prague is a small bronze Lorraine cross which marks the spot where St John of Nepomuk was hurled into the river. His statue erected by the Jesuits in 1683 adorns the bridge. John was the vicar-general of Prague who was put in a sack and dropped into the River Vltava in 1383 on the orders of Wenceslas IV. It is said that Wenceslas put John to death for appointing an Abbot against his wishes, however, 300 years later the Jesuits created John a Catholic martyr with a legend that Wenceslas had asked him to reveal what the Queen had said during her confession. He declined and was put on the rack, and under torture said he had forgotten and now would not tell even if he could remember! He was drowned in the river and above his floating corpse appeared five stars.
He was canonised by the Jesuits in 1729 after the order had exhumed his coffin and claimed to have found his tongue. The bronze statue of St John is said to help with infertility and the wrongly accused, and has been so rubbed by worshippers hoping for his help that only a glittering dot remains. 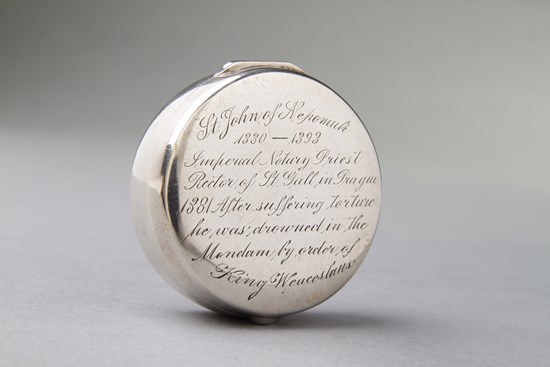 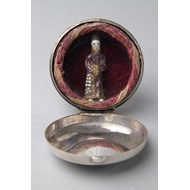 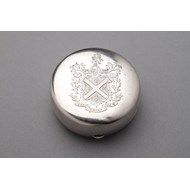