Caption Literature
A South African Zulu Woman’s Shembe Church Hat
Late 19th – Early 20th Century
Size: 16cm high, 19cm dia (max) – 6¼ ins high, 7½ ins dia. (max)
Among the Zulu the head is considered sacred and a married woman would never appear in public without some type of head covering. Traditionally headdresses were made by weaving coarse knitting wool into the natural hair, which was then stained with red ochre and smeared with animal fat. This formed a permanent elaborate coiffure which was sealed at the top and the interior packed with dried herbs. It was also the custom for women to hide small personal treasures inside their hairdo.
The style of a Zulu woman’s headdress called a ‘Inhloko’ or ‘Isicholo’ was determined by the culture to which she belonged, and the female members of the Shembe Church (Ibandla Iamanazaretha) wore these distinctive red conical hats. 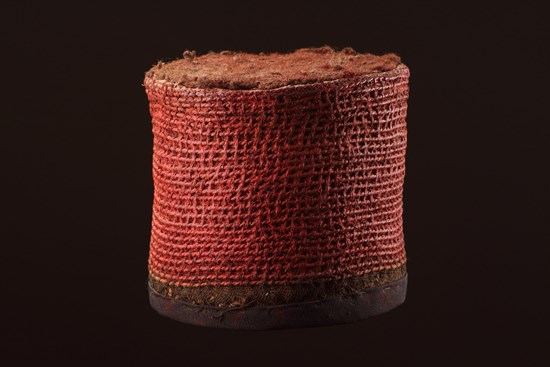 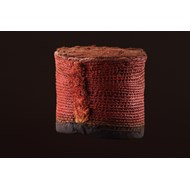