Caption Literature
The Headhunted Skull of an Assam Hills Naga Warrior Inscribed on the Left Temporal Bone ‘A.H.D. A.M. Staff, Eastn Frontier Column Taungdwinghee, Upper Burma 1886’
With lower mandible
19th Century
Size: 16.5cm high, 21.5cm deep, 12.5cm wide – 6½ ins high, 8½ ins deep, 5 ins wide
In 1911 Captain Charles Wilfred Hext was in charge of ‘Native Transport’ in the Upper Dihong Punitive Expeditionary Force and collected artefacts and took photographs of the Naga peoples. In the late 19th century the British were the first outsiders to make contact with the Naga and to study their culture. Living high up in the Indian Assam hills bordering Burma the Naga were infamous headhunters. The Naga warriors believed the heads they took in battle to be amuletic and that the skulls when carefully placed were capable of averting evil. During the World War II the British made use of their fierce war-like nature and recruited many Naga men as scouts for the army. 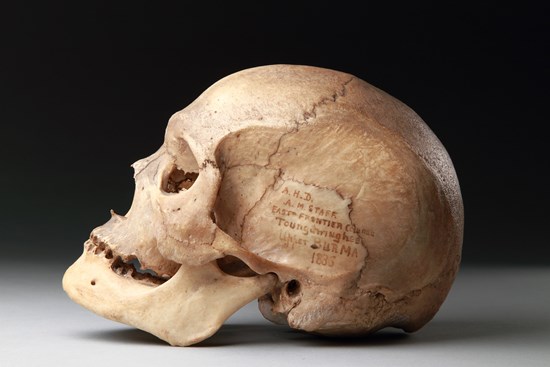 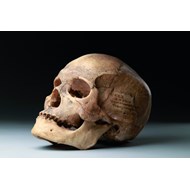 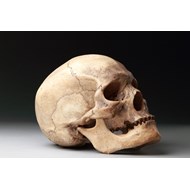 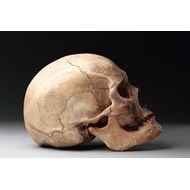 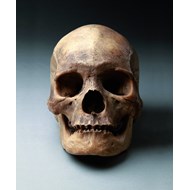 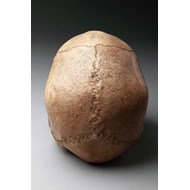