Caption Literature
A Rare New Zealand Maori Godstick ‘Tiki-Wananga’ Carved with an Image of the Deity ‘Maru’ God of War
Rich smooth silky dark brown patina
One eye with remains of shell inlay traces of red ochre the shaft probably once longer
18th Century
Size: 14cm long, 3cm wide, 2.5cm deep – 5½ ins long, 1¼ ins wide, 1 ins deep
cf: Edge Partington, Album 3, pl 158 No. 3, pl 389, no. 9 and 10 for similar examples
Formed as a carved mask head on a shaft, Maori godsticks were used by priests who either thrust them into the ground or held them in the hand calling on the god to inhabit them. When stuck into the ground at the ‘tu-ahu’ or sacred place near each village the priests would then recite incantations to induce the god to take up residence within the figure. During these proceedings the priest became animated, rolling his eyes, his body convulsed and speaking in a language unknown to his audience. The god would then make his presence known by various signs, one of which was whistling.
Godsticks were not worshipped as idols. They served as material vehicles for the spirits they represented, their identity designated by the priest who used the image. It is thought that their identification to individual gods, by way of particular features of the carving, was begun by the Maoris for the interest of missionary collectors. With the wide acceptance of Christianity before the middle of the 19th century many of the godsticks were destroyed or abandoned. Fortunately at that time the Reverend Richard Taylor had a great interest in Maori customs and culture. Some of the godsticks he collected are now in Cambridge University Museum of Ethnology and on each one he conveniently pencilled in the name of the deity it supposedly represented. He would prevail on his converts to bring out their ‘senseless idols’ which he said ‘they literally cast awayâ€¦. to the bats and molesâ€¦. concealing them in clefts and hollow trees’. 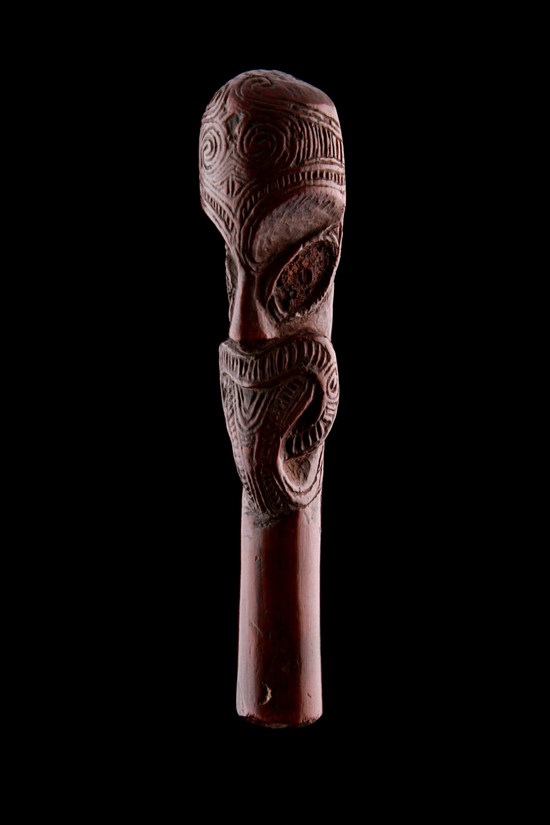 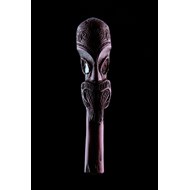 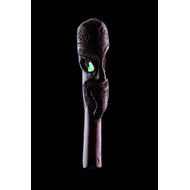 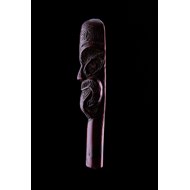 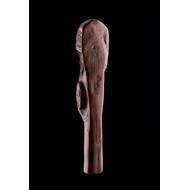 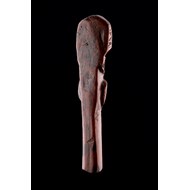 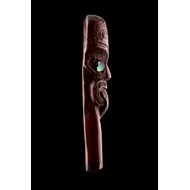 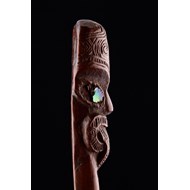