Caption Literature
An African Angola Loango Coast Ivory Tusk Carved in Relief with Scenes of Local Commerce and Daily Life in an Continuous Spiral Band
19th Century / Circa 1860 – 70
Size: 50cm long – 19¾ ins long
See: Finch & Co catalogue no. 5, item no. 64, and catalogue no. 19, item no. 25, for other examples
Originally an old ivory tribal oliphant or trumpet this tusk has been expressively carved with detailed and vivid images of the 19th century European and West African trade in slaves, animals, ivory, fish, timber, rubber and other commodities. It accurately depicts colonial life as it was in the coastal trading stations on the Loango Coast. They are always carved with continuous spiralling scenes which are meant to be seen as separate vignettes; the spiral alluding to the path the Kongo people believe the dead follow from earth to the ancestral realm and back again to be reborn. 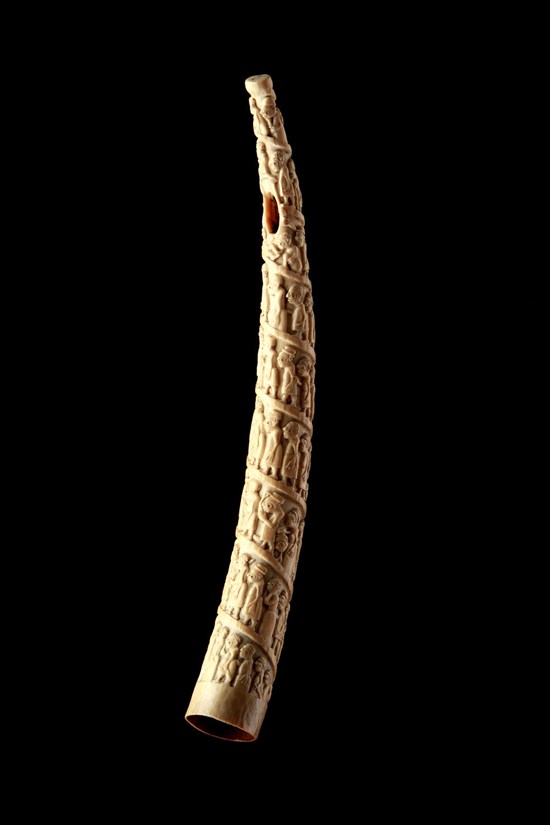 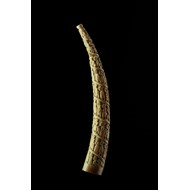 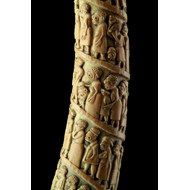 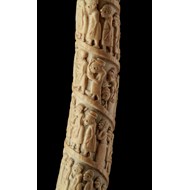 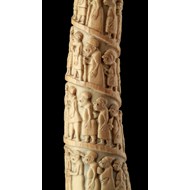 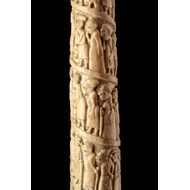 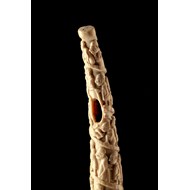 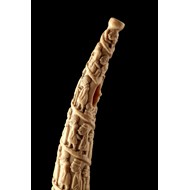