Caption Literature
A Polynesian Tongan Coconut Leafstalk War Club ‘Apa’Apai’
Carved of Ironwood and finely engraved to the head with textile designs incorporating eighteen stylised glyphs of Humans, Frigate Birds and Mantarays
A small lug to the butt end
Early 19th Century
Size: 88.5cm long – 34¾ ins long
Finely engraved using stone, bird bone or sharks tooth tools this club expresses the characteristically refined and complex style of Tongan decoration practised on war clubs in the 18th and early 19th centuries. The numerous zoomorphic and anthropomorphic figures symbolically display the weapons ‘mana’ and it would have been a treasured possession.
Both on Tonga and Fiji war occupied the entire male population. Boys were trained in the wielding and parrying of arms from infancy, only being bestowed with a real man’s name once they had slain an enemy. Most fights commenced with a skirmish, showers of arrows, slung stones and spears being exchanged, but casualties became serious when the opposing parties came to grips with clubs. Effective in close combat, clubs could shatter an enemy’s skull and cause irreversible damage to what Tongans and Fijians considered the most sacred part of the anatomy – the head. 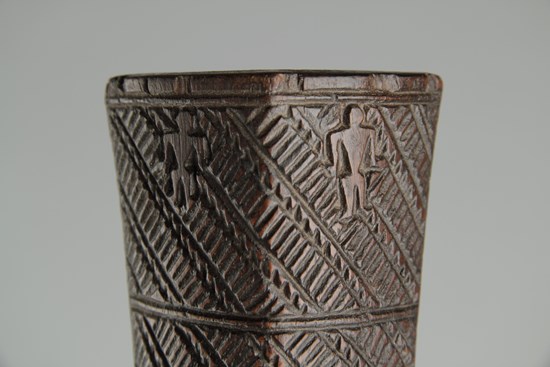 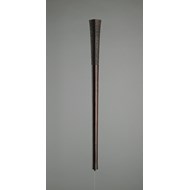 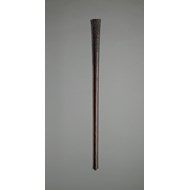 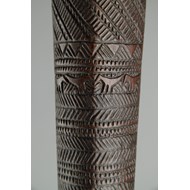 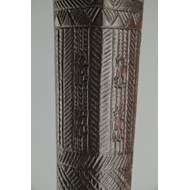 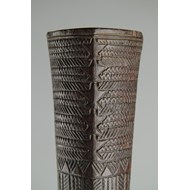 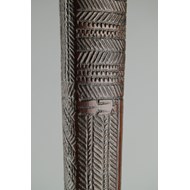 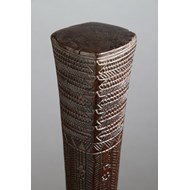 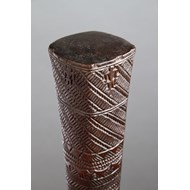 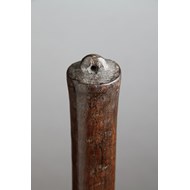 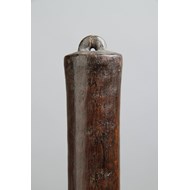