Italian ‘After the Antique’ Bronze of the Pugilist Damoxenos of Syracuse

Caption Literature
An Italian ‘After the Antique’ Bronze of the Pugilist Damoxenos of Syracuse after the Marble Sculpture by Antonio Canova
First Half 19th Century
Size: 23cm high, 26cm high (with base) 18cm wide, 7.5cm deep – 9 ins high, 10¼ ins high (with base) 7 ins wide, 3 ins deep
The classical subject matter is taken from the writings of Pausanias who described the Nemean games. In the boxing competition between Damoxenos of Syracuse and Creugas of Durazzo it was decided, as there was no outright winner that each contestant would be allowed to strike one more blow. Creugas hit Damoxenos on the head, but then whilst Creugas held his left fist to his head, Damoxenos struck him on his side and tore out his viscera, killing him. The judges condemned the winner to exile while a statue to Creugas was erected in Argos.
Canova described his sculpture of Damoxenos in 1802 as ‘stronger and more Herculean’ in character than Creugas, and there is a display of the anatomical mastery which Canova had gained by drawing from the live model every morning. The concentration of strength, the pulling back of the arm, the head thrust forward ready to strike can all be seen in this bronze study of Canova’s masterpiece.

Italian ‘After the Antique’ Bronze of the Pugilist Damoxenos of Syracuse 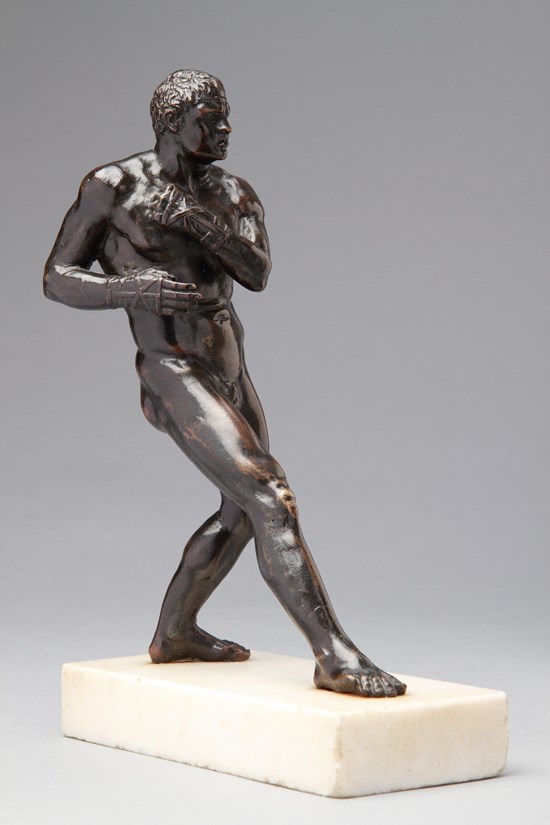 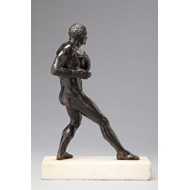 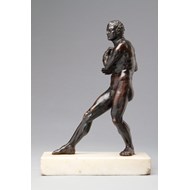 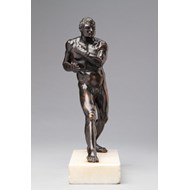 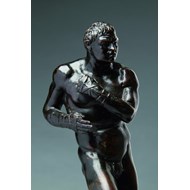 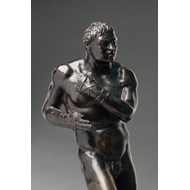 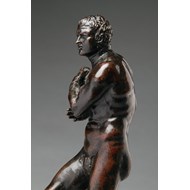 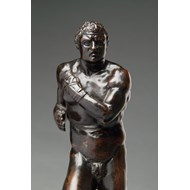 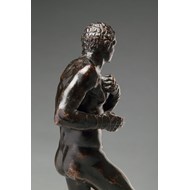