Caption Literature
A Fine Wedgwood Black Basalt Bust of King George II (1683 – 1760) in Parade Armour after an Ivory by John Michael Rysbrack
Fine Condition Unmarked
Late 18th Century / Circa 1773 – 1780
Size: 25cm high, 9cm sq (base) – 9¾ ins high, 3 ins sq (base)
cf: Dictionary of Wedgwood, Reilly & Savage, 1980, pg166, for an illustration of this model in Rosso Antico
Wedgwood executed this bust in black basalt, jasper ware and rosso antico and it is often described as portraying the Duke of Marlborough. However, it is listed in Wedgwood’s catalogue of 1773 as a bust of George II ‘from an ivory in the possession of Mr Ranby, carved by Mr Rysbrack’. Although Rysbrack (1694-1770) did not work for Wedgwood directly the busts of George II, Ben Jonson and that of the philosopher John Locke, were all based on his ivory sculptures, probably through casts made by Hoskins or John Cheere.
The last English King to lead his troops into battle at Dettingen in 1743, George II was known for his fiery temper and was intolerant in his dealings with politicians and others. However, his marriage to Princess Caroline of Ansbach was very successful and through her he learned to accept Walpole as his prime minister. Having resented his father George I because of his treatment of his mother Sophia Dorothea, he in turn was forever on bad terms with his own son, Prince Frederich Louis, later George III. 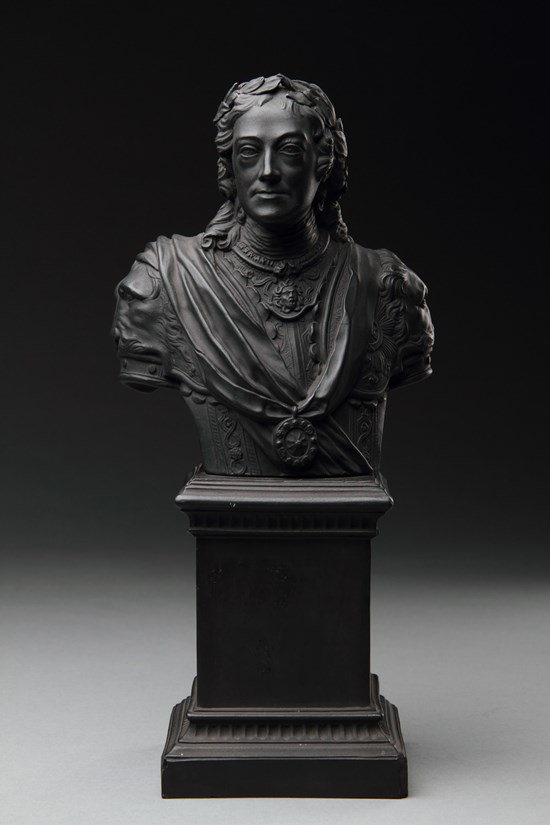 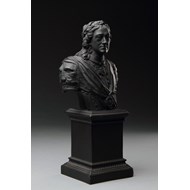 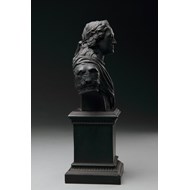 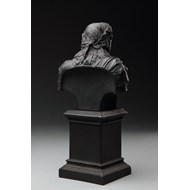 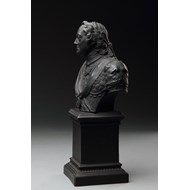 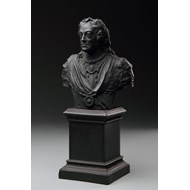 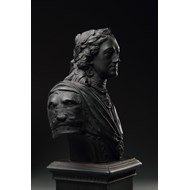 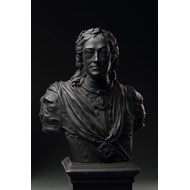 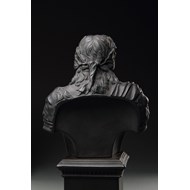 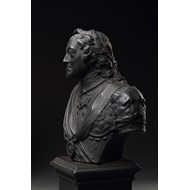