Caption Literature
A Fine New Zealand Maori Whalebone Stabbing Club ‘Kotiate’ of Violin Shape the handle decorated and inlaid with Abalone shell ‘eyes’ (one missing)
White inventory number 1978.860 to the side of the handle
Early 19th Century
Size: 28.5cm long, 12.5cm wide – 11¼ ins long, 5 ins wide
War to the Maori was a recreation, a form of serious sport carried out under firmly established rules using a limited range of weapons. A considerable amount of the Maori warrior’s time was spent grooming for the frequent inter-tribal battles that took place. Their chosen weapons required a very high degree of physical fitness and were only effective if used with considerable dexterity. War was regarded as a contest of skill rather than a bloody fight to the death. The preparations for war were ritualised and ceremonious and would last far longer than the battles themselves. Invocations to the Gods, strict observance of all measures needed to appropriate all the evil influences, the composing of insulting ‘Ngeri’ to be chanted in the face of the enemy, could occupy a whole community for weeks. 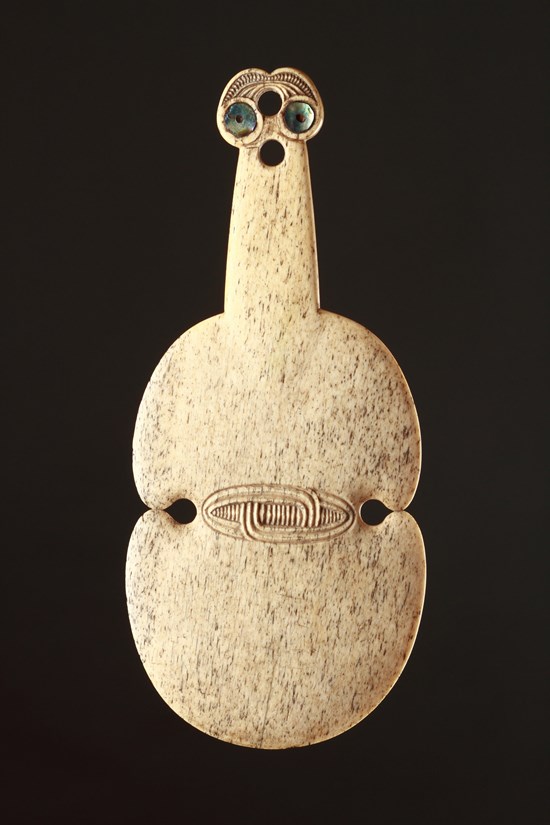 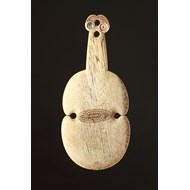 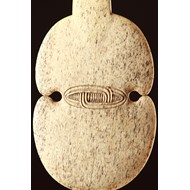 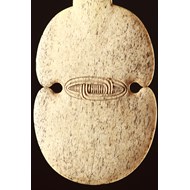 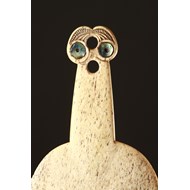 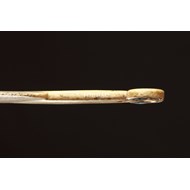 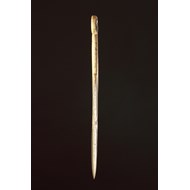 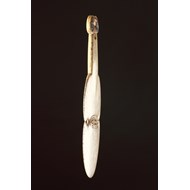 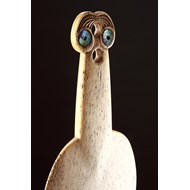