Caption Literature
A Rare African South Eastern Democratic Republic of Congo Songye Chief’s Ceremonial Judgement Crown Composed of Several Entwined Long Thorny Branches
First half 20th Century
Size: approx: 28cm high, 28cm dia. – 11 ins high, 11 ins dia.
53.5cm high – 21 ins high (with stand)
The Songye people are surrounded geographically by the Luba to whom they are related both in culture and language. The Songye have a patriarchal society in which agriculture is central to the economy. Divided into numerous subgroups they are governed by a central chief known as the ‘Yakitenge’ whose roles demand he obey special restrictive laws such as not showing grief and not drinking in public. Local rulers also have authority and can distribute plots of land to their villagers. An influential secret society known as ‘Bwadi Bwa Kifwebe’ counterbalances their power and maintains social and political cohesion.
This crown is used when the chief pronounces judgement on a malefactor within a local court. A symbol of his power and prestige, by wearing it he receives spiritual help from the mystical and ancestral forces enabling him to make a just and proper judgement. 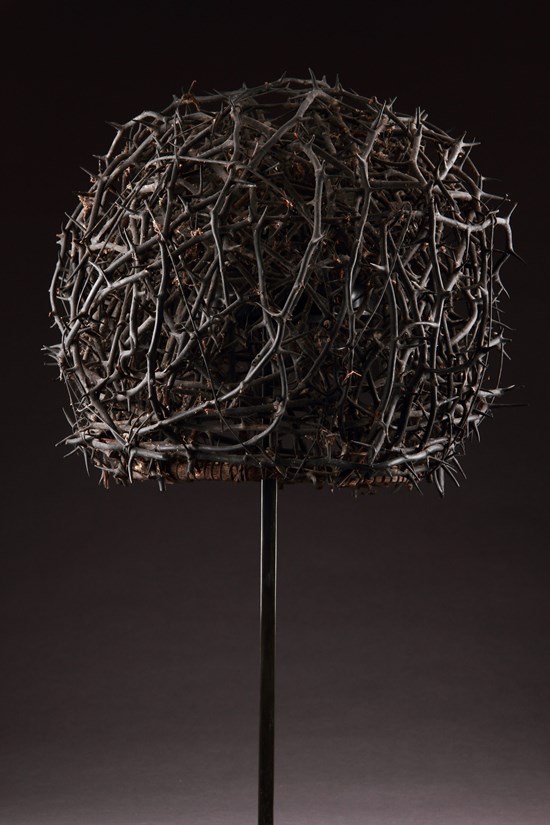 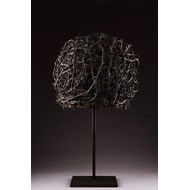 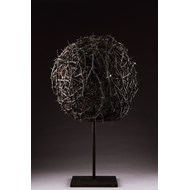 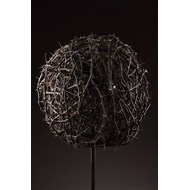