Caption Literature
A Native American Northern Plains Lakota Sioux ‘Calumet’ the Red Catlinite Pipe Bowl Shaped with Two Spur Points the Cylindrical Wood Stem Inscribed ‘Lone Bear 11/6/09’
Second Half 19th Century
Size: 9cm high, 14.5cm long, 3cm dia. – 3½ ins high, 5¾ ins long, 1¼ ins dia. (bowl)
53cm long, 3cm dia. – 21 ins long, 1¼ ins dia.
To the Native Americans the act of smoking was thought to be a way of communicating with higher powers, the ancestors and supernatural forces. The Sioux considered their pipes to be sacred objects referring to them as ‘the sacred badge of friendship’. However, pipes were utilised for war as well as friendship and the shafts were painted red or blue accordingly.
Lakota Sioux Chief Lone Bear was a member of Buffalo Bill Cody’s (1846-1917) Wild West Show. In a photograph of him taken in 1898 by the New York photographer Gertrude Kí¤sebier, the badge on his embroidered vest reads: ‘Buffalo Bills Police’. Kí¤sebier, on the threshold of a career as a portraitist and art photographer, was inspired by seeing Buffalo Bill’s Wild West troupe marching in a grand parade en route to Madison Square Garden for several weeks of performances. She immediately requested permission from William Cody to photograph the Sioux Indians who were travelling with the show in her studio. This project was to last for over a decade and after the initial portrait session Chief Lone Bear and his family maintained a lasting friendship with Kí¤sebier (1852-1934), visiting her whenever they could. 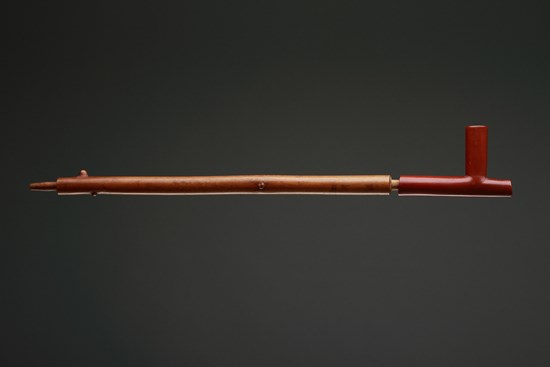 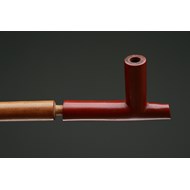 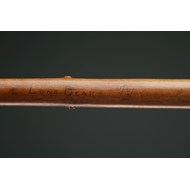 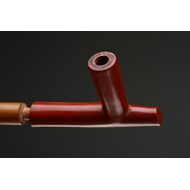