Caption Literature
A German Steel Hunting Crossbow the Boxwood Shaft and Carved Stock Elaborately Inlaid with Engraved Ivory Panels the Bow Strengthened with Original Rope Binding
Mid 17th Century
Size: 71cm long, 58.5cm wide – 28 ins long, 23 ins wide
The climax of medieval weapons technology was reached when the use of the crossbow became widespread in the 12th century, the Chinese having been credited with its invention. For a long time the crossbow was paramount in both hunting and war and was even superior to firearms in many respects. It was silent and did not cause the game to panic, it was very easy to handle and the missile or bolt when fired had considerable penetrating force. In war it was the ‘silent assassin’.
The period from 1600 to 1800 is described by historians of the chase as the golden age of hunting. Never before or since has so much time and money been spent on costly hunting equipment. Hunting weaponry from this period is amongst the finest and technically perfect that has ever been created and the orders placed for elaborate engravings and ironwork used to decorate rifles, spears, swords, knives and crossbows must have guaranteed good livings for many workshops. 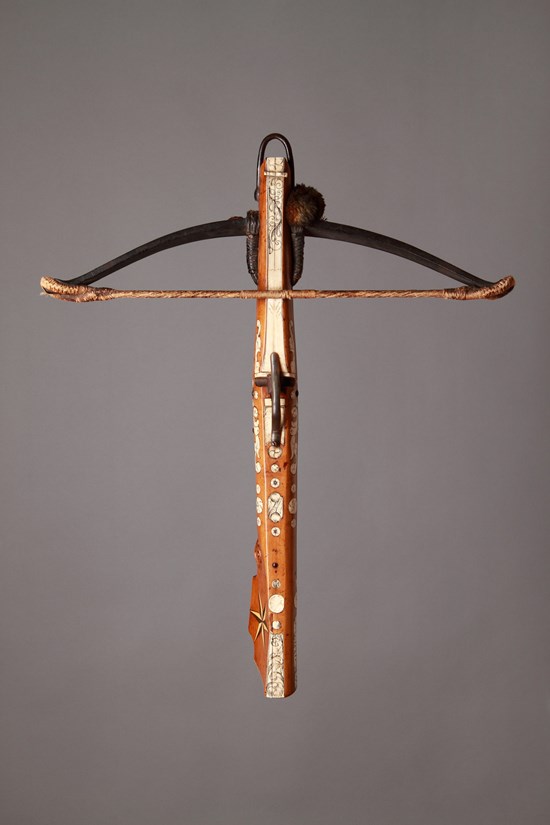 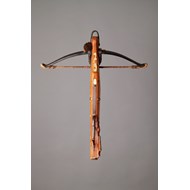 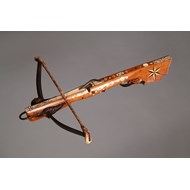 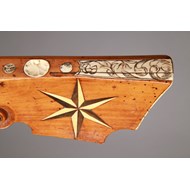 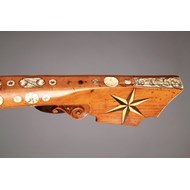 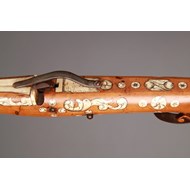 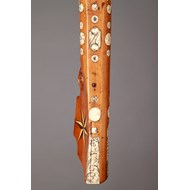 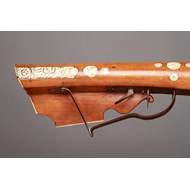 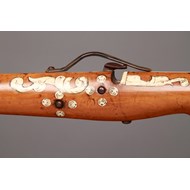 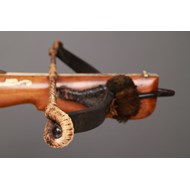 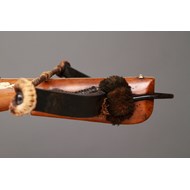 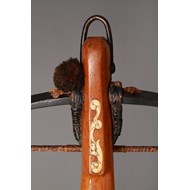 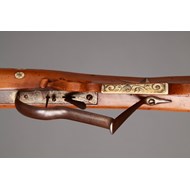 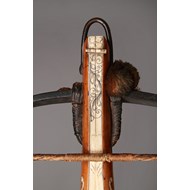 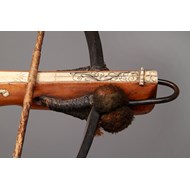