Caption Literature
A Finely Modelled Ancient Roman Solid Cast Bronze Figure of Mercury the Eyes Inlaid with Silver a Chlamys Draped over his Shoulder
Attachment holes for a ‘Petasos’ or Winged Hat to the top of his head standing on an associated Ancient Roman bronze base found detached but with the figure
The right hand missing
Smooth light green / brownish patina
2nd - 3rd Century
Size: 11.7cm high, 13.7cm high (with associated base)
4½ ins high, 5¼ ins high (with associated base)
Mercury was the Roman god of commerce and as such identified with the Greek god Hermes who was the patron god of circulation and the movement of goods and people. Accordingly these qualities were transferred by the Romans to Mercury who became a mediator between the gods and people, between the dead and the living and who was always in motion. He was the protector of the corn trade, especially with Sicily, which was of great importance to Rome and so was publicly honoured by the erection of a great temple in the Circus Maximus. A guild of merchants was also established in Rome, the members of which were known as ‘mercuriales’. At the annual festival of the temple and guild on the 15th May the merchants sacrificed to Mercury and at the Porta Capena sprinkled themselves and their merchandise with hallowed water. With the spread of Roman commerce the worship of Mercury extended into the far reaches of the Empire. 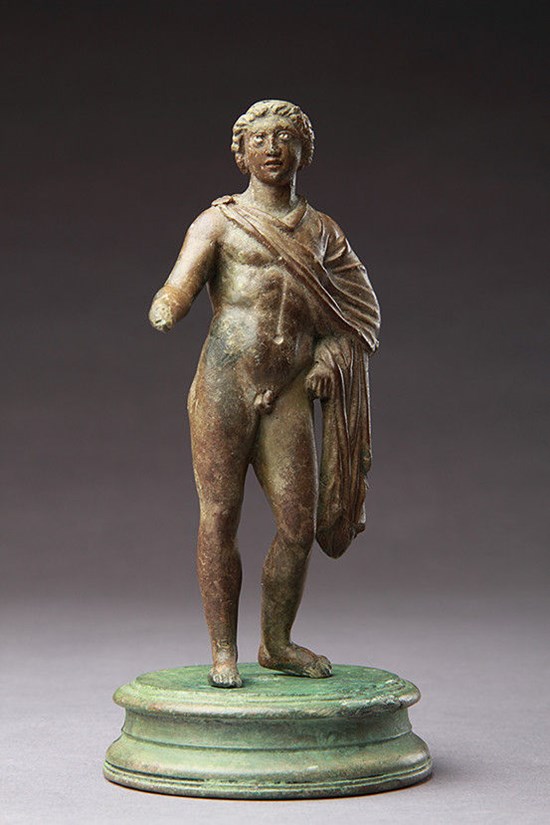 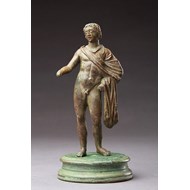 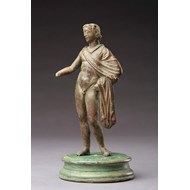 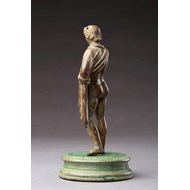 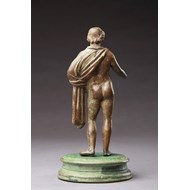