Caption Literature
An Ancient Roman Solid Cast Bronze Figure of Winged Eros The God of Love in his Right Hand a Burning Torch his Hair Shaped and Tied in a Topknot Two Wings Projecting from his Back
Glossy smooth light greenish / brown patina
2nd - 3rd Century
Size: 10cm high – 4 ins high
Eros, the comrade of Aphrodite was conceived by the ancient philosophers not just as the god of sensual love, but as a power which forms the world by the inner union of separate elements. To the Romans Eros was the youngest of the gods, always a child, thoughtless and capricious. As irresistible as he was fair he was most usually represented as a beautiful, youthful boy. Zeus, the father of the gods, arms him with golden wings, and with a bow and unerring arrows, or with a burning torch.
Eros was paid special honour in the gymnasia where he was the personification of devoted friendship and love between youths and men. The Spartans and Cretans would sacrifice to Eros before a battle to strengthen the bonds of friendship, which was so helpful in battle and adventure. A sacred band of youths at Thebes were dedicated to him, and a festival of freedom was held annually at Samos in his honour recognising him as the god who bound men and youths together in the struggle for honour and freedom. 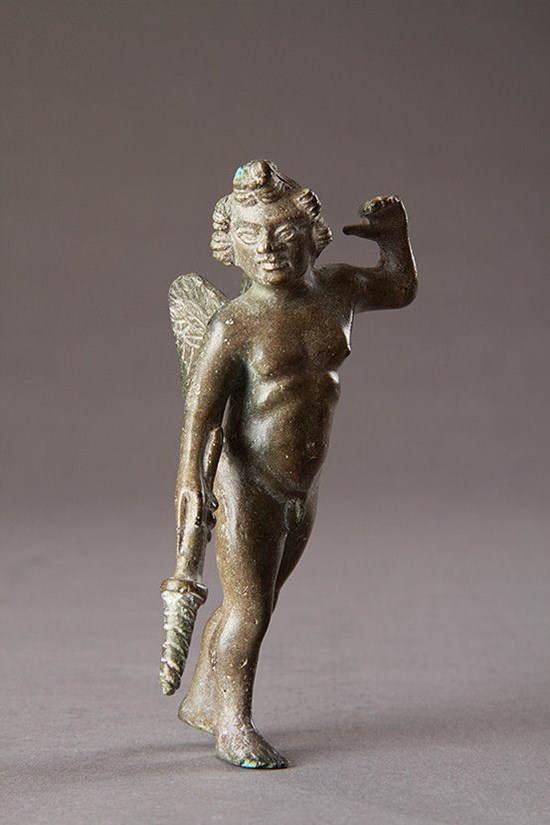 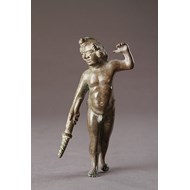 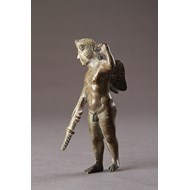 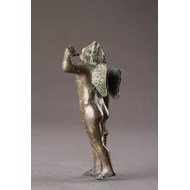 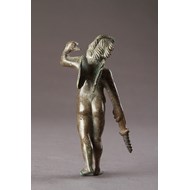 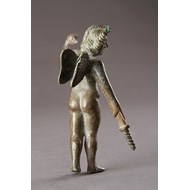