Caption Literature
A Fine West African Central Ivory Coast Baule/Yaure Face Mask ‘Mblo’ the Highly Elegant Face with Broad High Forehead Surmounted with a Pair of Ribbed Horns and Narrow Ears Decorated with Traces of White Pigment Arched Half Moon Shaped Eyebrows Over Nearly Closed Slit Eyes Scarification to Each Side of the Cheeks a Long Nose and Pouting Mouth the Oval Shaped Face with an Open Work Zig-Zag Pattern around the edge a Pierced and Pointed Beard to the Chin
Holes to sides used for attaching the dance costume. Old abrasion to the nose eyebrows and mouth, small section of zig-zag missing, a section missing to the reverse apparently gnawed by a rat
The reverse with an old paper label: ‘Ratton Paris’ and a white painted inventory No. 15
Old dry smooth silky patina
Early 20th Century
Size: 39cm high, 16cm wide, 11.5cm deep – 15¼ ins high, 6¼ ins wide, 4½ ins deep
Known for their stylisation, detail and remarkably refined features these finely carved face masks are of a type that appears in village masquerades for recreational entertainment called ‘Mblo’. These dances and scripted performances are the cultural equivalent to western ‘opera’ or ‘film noire’. Everyone is allowed to see them and enjoy the communal event. Between performances the masks were kept out of sight carefully wrapped in bark cloth and hung from the thatch of their dancers sleeping rooms in the village.
These sculptural masks have often been identified as Yaure, a less populous group who depending on their proximity to their neighbours either speak Baule or Mande. Both Yaure and Baule art, culture and masquerade performances are closely related. The Yaure masks have similar horn like projections carved with patterns and oval heart shaped faces. The scalloped hairline and elaborately carved patterns above it, representing the coiffure, are also typical of Yaure and Baule styles. The horns probably represent those of an antelope, an animal hunted by both the Baule and Yaure. The masks are emblems of spirit powers and their features are borrowed from the most physically attractive men and women who conform to the Baule/Yaure ideal of beauty, as physical beauty is culturally equated with moral rectitude.
Many of these masks were brought to Europe in the early 20th century where they were often bought and collected by artists upon whose work they had great influence. For example Amedeo Modigliani was directly influenced, and Pablo Picasso had a Baule/Yaure mask in his studio at Villa La Californie, now in the Musée Picasso in Paris. 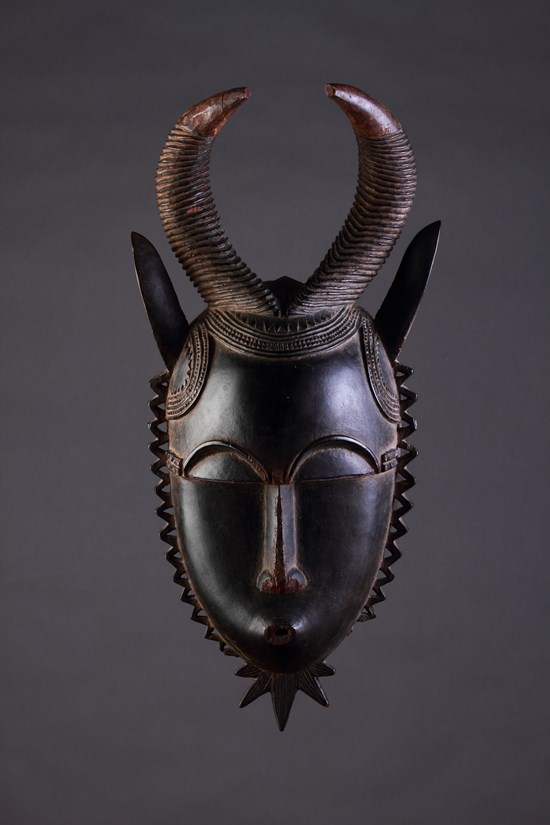 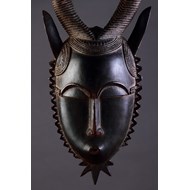 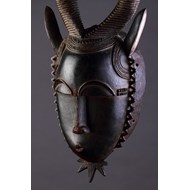 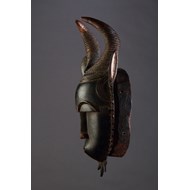 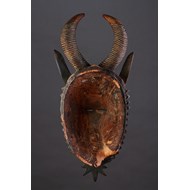 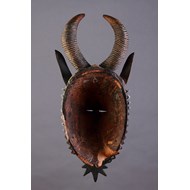 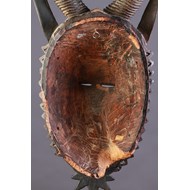 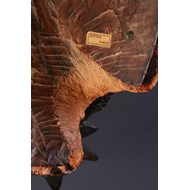 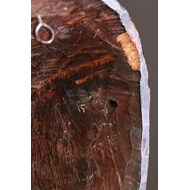 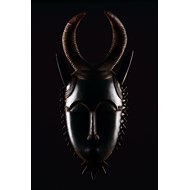 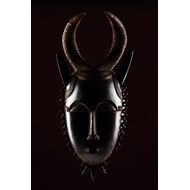 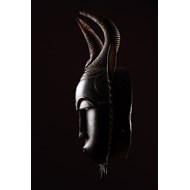