Caption Literature
A Northern Italian Renaissance Cast Bronze Model of a Cannon the Breech Decorated with an Open Mouthed Satyr’s Mask-head a Band of Acanthus Leaves Wrapped Around the Barrel Set Before the Trunnions Moulded Bronze Rings to the Muzzle
The wooden carriage now missing
Old black smooth polished patina
First Half 16th Century
Size: 22cm long – 8¾ ins long
This bronze model, probably Florentine, was possibly made as a model for a falconet, which as a fairly small cannon, weighed around 410 pounds was 6 feet 4 inches long and carried a 14oz ball.
It was not until the 15th century that cannon became sufficiently developed to be of much practical use except at sieges. Italy and Germany made most of the early cannon, and they were not made in England until the 16th century. The first cannon were only semi-portable being mounted on stands, which were loaded on carts when the guns had to be moved. Wheeled carriages were only introduced in the early part of the 16th century, and these made the cannon much more manoeuvrable. 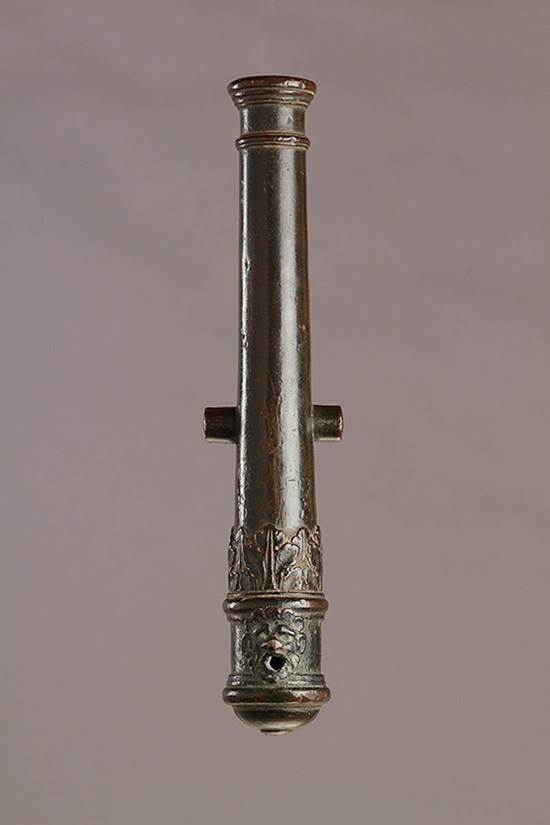 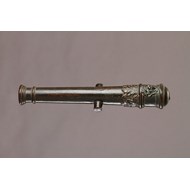 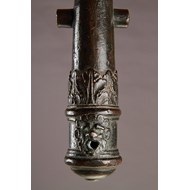 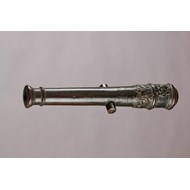