Caption Literature
An English Medieval Nottingham Alabaster Panel Fragment Depicting St George Dressed in Armour Praying Beneath a Banner Held Aloft by an Angel
Traces of original polychrome and gilt decoration
An inventory no. ‘M2685’ to the reverse
15th Century
Size: 18cm high, 11.5cm wide, 4.5cm deep – 7 ins high, 4½ ins wide, 1¾ ins deep
From the late 1300’s until the Reformation alabaster carving was a major artistic activity and industry in the English Midlands in an area centred on Nottingham. Small in scale, altarpieces and panels were produced for the home market as well as for export.
Alabaster is hydrous calcium sulphate also known as gypsum and was extracted in the Middle Ages from a comparatively small area of South Derbyshire and the adjoining corner of Staffordshire. Nottingham alabaster sculptures have a distinctive almost ‘English’ style. Depicting religious subjects they were usually painted and gilded, although areas of unpainted alabaster were almost always left to contrast with the colourful painted details. The carving of images of saints expanded during the fifteenth century reflecting the developing cult of saints.
At the time of the Reformation many of the carvings were destroyed or hidden, but the survival of fragments and those in the churches and cathedrals of France are proof of their popularity in medieval Europe. Today there are more English medieval alabaster carvings in Normandy than anywhere else. 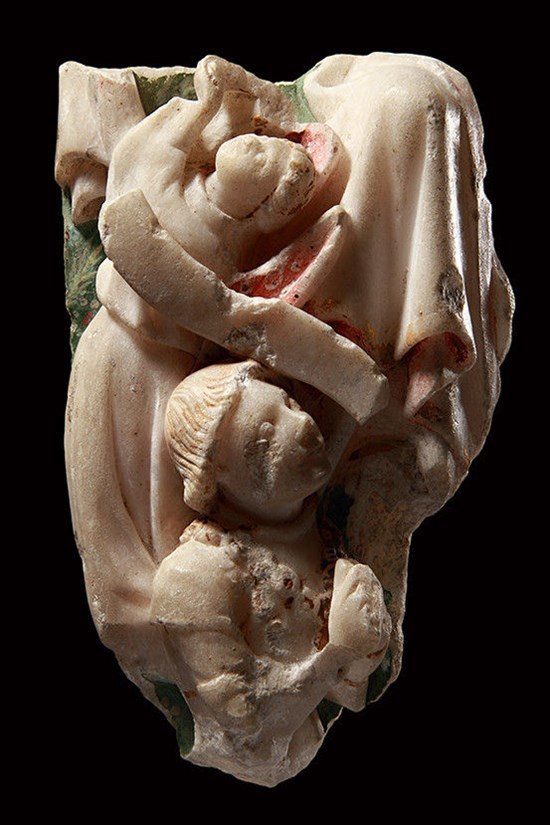 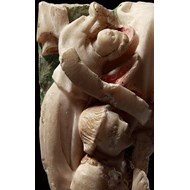 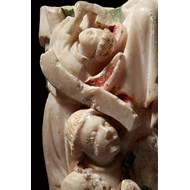 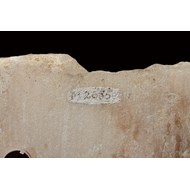