Caption Literature
A Fine and Rare New Zealand Maori Sickle Shaped Carved Hardwood Short Hand Club ‘Wahaika’ the butt of the handgrip carved with the head of a Tiki worn smooth from use, a superbly carved figure protruding from the side
The whole with old silky smooth rich dark patina
18th Century – Early 19th Century
Size: 39.5cm long, 12cm wide, 2.5cm deep – 15½ ins long, 4¾ ins wide, 1 ins deep
Known by the Maori as Aotearoa, Long White Cloud, New Zealand was the last major area to be settled by the Central Polynesian voyagers, probably en route from the Society Islands, perhaps as late as 1200AD. As a result of the battles involving the ship’s crew on Captain Cook’s first voyage in 1769, the Maori quickly acquired a reputation for being ‘warlike’.
In addition to their function as lethal weapons in close combat, short hand clubs were also a status symbol for men of rank who carried them as a sign of dignity on the ‘marae’, the ceremonial open space. Their significance to the Maori is underscored by the carefully carved figural designs and the quality of execution of the simple basic form. 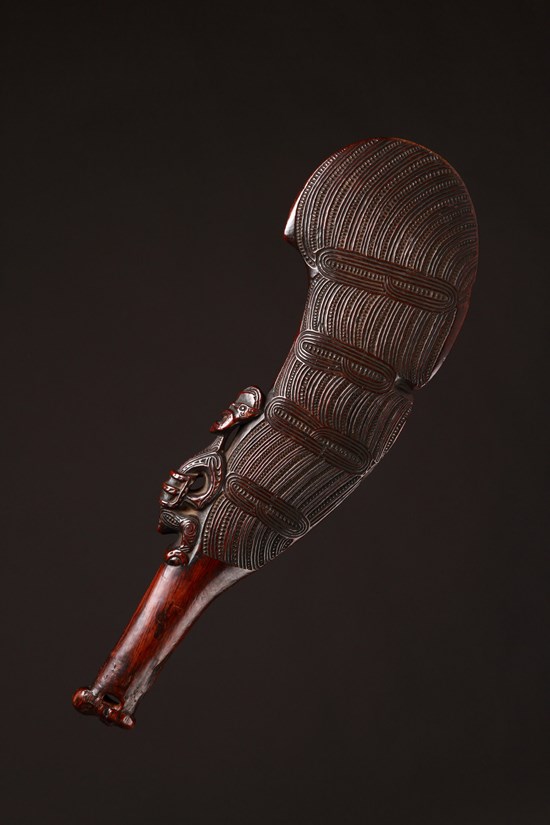 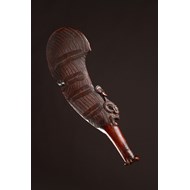 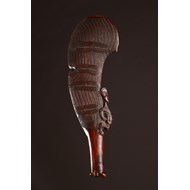 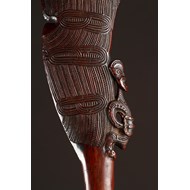 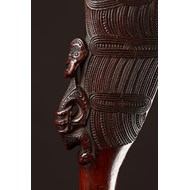 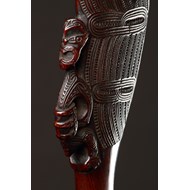 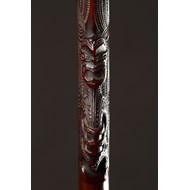