Caption Literature
A Polynesian Tongan Headrest ‘Kali Hahapo’ Carved of One Piece of Curved Wood with an Old Coir Cord Repair to the Corner of One Foot
Old Smooth Silky Dark Brown Patina
Mid 19th Century
Size: 15cm high, 32.5cm wide, 9cm deep – 6 ins high, 12¾ ins wide, 3½ ins deep
Headrests are a common feature of many tropical countries, but few can match the restrained simple elegance of the Tongan ‘Kali’ which was used in almost every household by both adults and children. As they were so closely associated with the head they were important personal possessions acquiring ‘mana’ and it was deemed to be an insult to touch one without the owner's prior permission.
Tongan wood carvers were specialists who primarily built canoes, but who also made flywhisks, clubs, bowls, and neck or headrests. These were carved in both symmetrical and asymmetrical forms either from one piece of curved wood such as this example or with legs in various forms using techniques developed in canoe building. Antique ‘Kali’ are now precious heirlooms on Tonga, but they lie unused, forsaken for the soft feather pillows of the West. 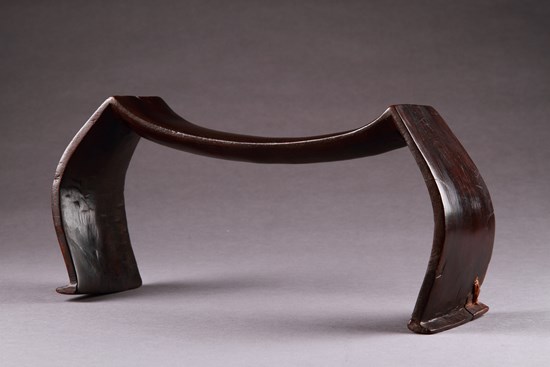 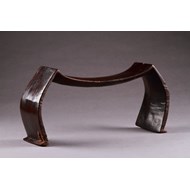 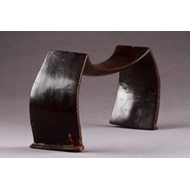 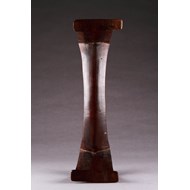 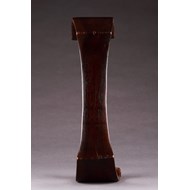 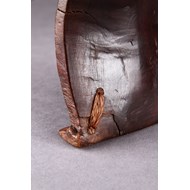 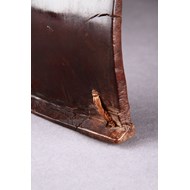 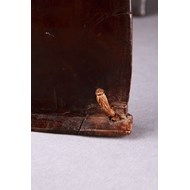 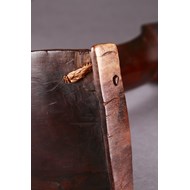