Caption Literature
A Sri Lankan Carved Ivory Figure of a Royal Prince of the Kandyan Court
Late Kandy Period – Mid 19th Century
Size: 10.5cm high – 4¼ ins high
The Kingdom of Kandy originally called Senkadagalapura was established in the 14th century by King Wickramabahu of Gampola. The capital was named Kandy in honour of the Brahmin holy man Senkanda who lived in a cave just behind what was to become the Palace and its complex of shrines.
The development of the spice trade established by the Portuguese, and then the Dutch East India Company, was taken over by the British. In 1815 the embattled interior Kingdom of Kandy fell and the entire pear-shaped island came under the control of the British who called it Ceylon.
The art and architecture of the Kandy period was quite distinctive and different from the classical traditional art of the past. The rippling design of the robe of this figure, giving the impression of falling water, is a particular element found in Kandyan sculpture. 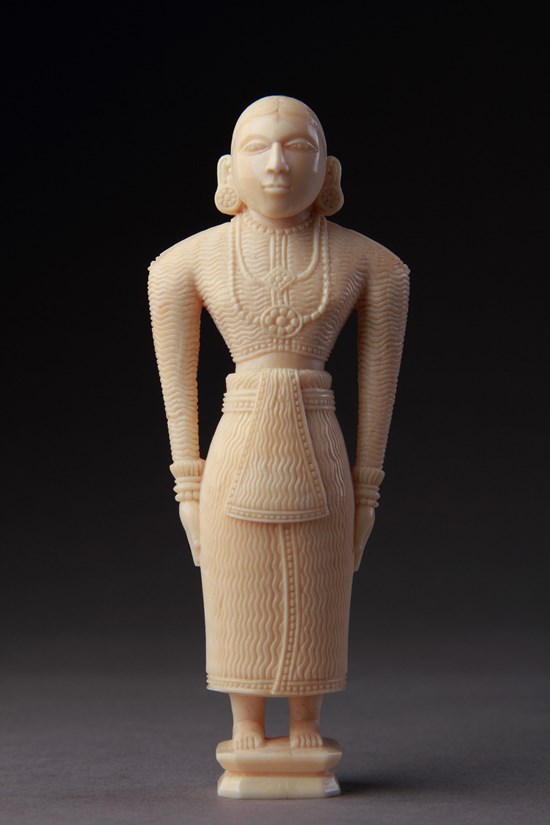 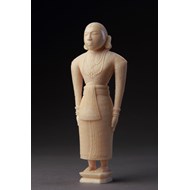 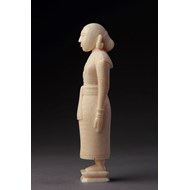 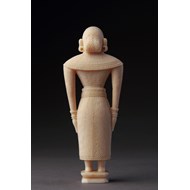 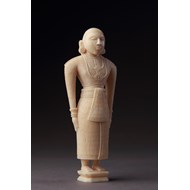 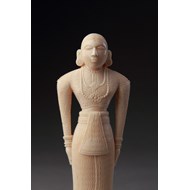 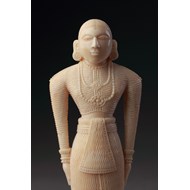 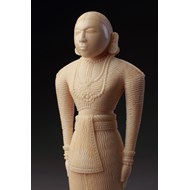