Caption Literature
A Fine German Stobwasser Lacquered Papier Maché Snuff Box Painted with a Historical Portrait of ‘Amélie Imperatrice Du Brésil’ the Lid with Title in red and ‘5811’ the Base Marked ‘Stobwasser’s Fabrik Ine Braunschweig’ and ‘5811’
An Old Label to the Inside Inscribed in Ink ‘Wife of Pedro I and Daughter of Eugéne De Beauharnais’
Small Abrasions to Varnish
Circa 1820 – 1825
Size: 1.9cm high, 10cm dia. - ¾ ins high, 4 ins dia.
See: Finch & Co catalogue no. 12, item no. 65, and catalogue no. 13, item no. 55, for two further examples of Stobwasser snuff boxes
Before Josephine married Napoleon I she was the widow of the Viscount of Beauharnais. Her son by her first marriage, Eugéne Rose de Beauharnais (1781-1824) served with Napoleon in Italy and Egypt and rapidly rose to the highest military rank. In 1805 he was made a Prince of France and from 1805 to 1814 was the Viceroy of Italy. In 1806 he married Augusta, daughter of Maximillian of Bavaria, Amélie was their daughter.
During the Napoleonic wars the Portuguese royal court transferred to Brazil, for both safety and economic reasons as by 1800 the prosperity of the colony had outstripped that of Portugal. Rio de Janeiro was transformed into the centre of the Portuguese empire. When John VI returned to Lisbon in 1821 his son Pedro remained behind as Regent marrying Amélie de Beauharnais. In 1822 he became Emperor Pedro I of Brazil in an almost bloodless coup and established an independent empire that lasted until the abdication of his son Pedro II in 1889. 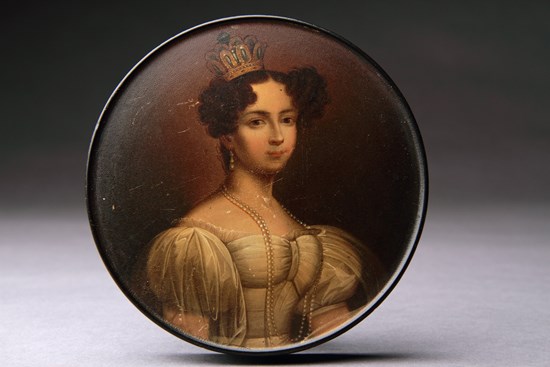 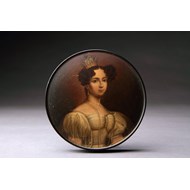 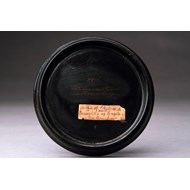 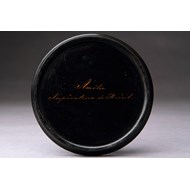 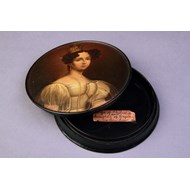 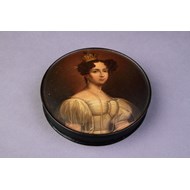