Caption Literature
An African North Western Cameroons Grasslands Banbanki-Tungo Carved Ivory Tusk with Silver Mounts
Late 19th – early 20th Century
Size: 87cm wide – 34¼ ins wide
cf: Portland Art Museum, Portland, Oregon, USA, no. 72.12.41 (Paul Gebauer collection) for a very similar example believed to have been carved by the artist Bobe Ngincho
By design these carved tusks closely resemble ivory carvings from Benin because the motifs are arranged in rows, but rather than representing a narrative scene as in Benin pieces, each band repeats icons that are commonly found in the Grasslands repertoire. The Baptist Missionary Paul Gebauer found these icons to have a symbolic meaning and interpretated them with the help of Chief Vugah II of Big Banbanki. The lizard and elephant motifs allude to royal power, the frog motifs refer to propagation and increase, the stylised spider motif to peace and protection, and the humans to the King’s retainers and supporters. Banbanki-Tungo was the most important centre for ivory carving in the Cameroon Grasslands and several examples of these tusks exist in the Paul Gebauer collection in the Portland Museum of Art. 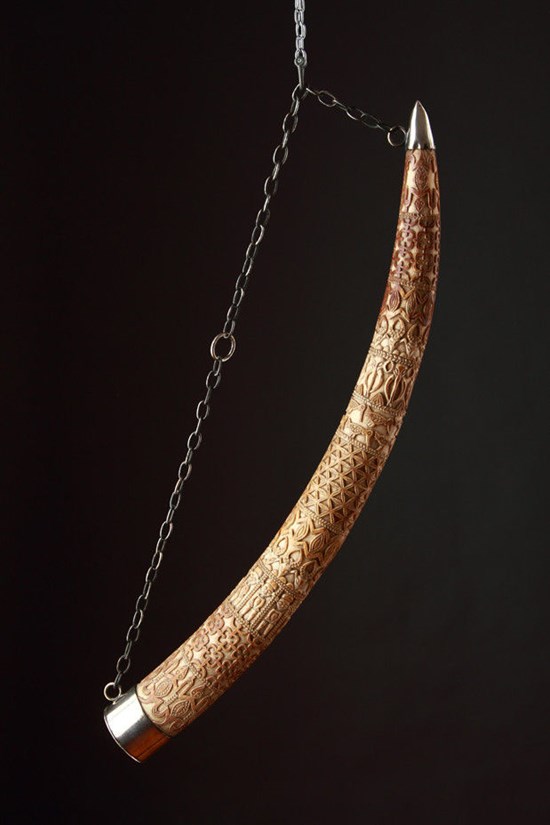 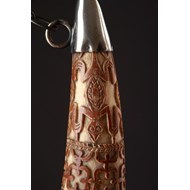 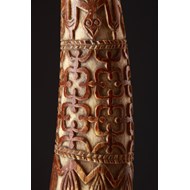 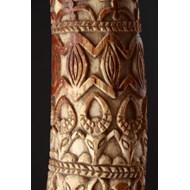 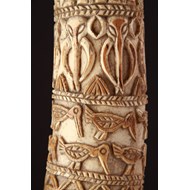 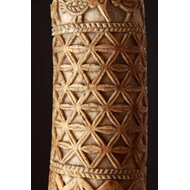 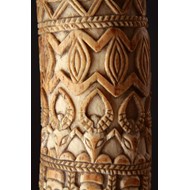 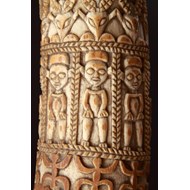 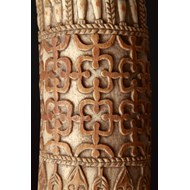 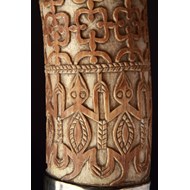 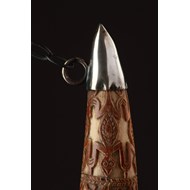