Egyptian Bronze of an Apis Bull

Caption Literature
An Ancient Egyptian Bronze of an Apis Bull Displaying a Sun Disc with Ureaus on His Horns
26th Dynasty circa 664 - 525BC
Size: 7.5cm high, 7.5cm long – 3 ins high, 3 ins long
10cm high – 4 ins high (including base)
The Apis was a sacred bull that served as the herald or ‘BA’ of the god Ptah. His principal sanctuary was therefore located near the temple of Ptah at Memphis.
Unlike other sacred animals the Apis bull was always a single individual animal chosen for his particular markings such as a black and white diamond on his forehead, the result of being born from a bolt of lightning. The bull was closely linked with the reigning Pharaoh as both were divine physical manifestations of a god and both were crowned at the time of their installation. At the death of the Apis bull there was national mourning and the embalmed corpse was taken along the sacred way from Memphis to Saggara for burial in a granite sarcophagus in the underground catacombs.

Egyptian Bronze of an Apis Bull 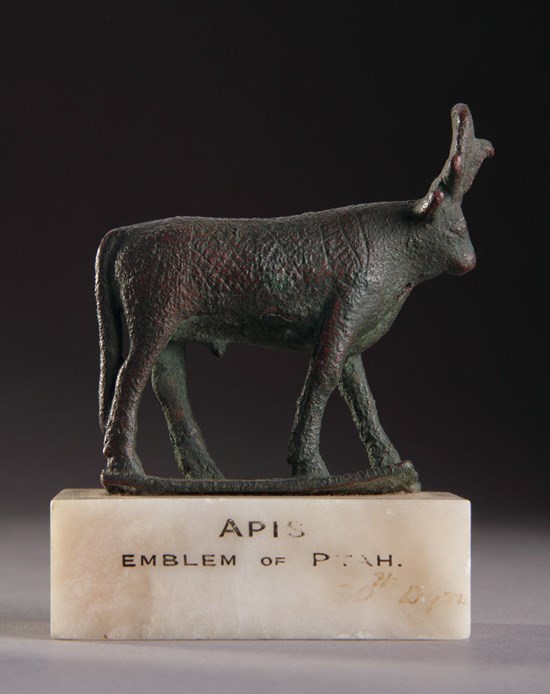 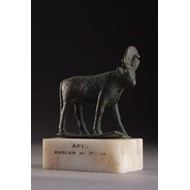 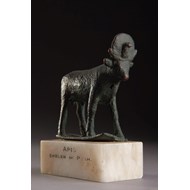 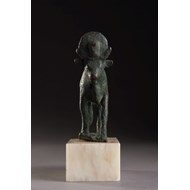 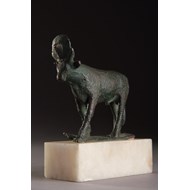