Caption Literature
A Rare and Fine Ancient Roman Ivory of Aphrodite Pudica Probably an Attachment from a Banqueting or Dining Couch
1st - 2nd Century AD
Size: 17cm high, 6.5cm wide, 2.5cm deep – 6¾ ins high, 2½ ins wide, 1 ins deep
See: Finch & Co catalogue no. 18, item no. 80, for a Roman Bronze furniture mount
The simpler custom of sitting at a table for a meal was abandoned in later times by the Romans in favour of the ancient Greek custom of lying on a couch to eat. In the dining rooms where guests were received a particular arrangement of couches became necessary. A square table stood in the centre of the room surrounded on three sides by low couches whilst the fourth side remained open to access of the attending slaves. At the end of the Republic these arrangements changed when the use of round tables became more popular. The three couches were transformed into one following the curve of the table resembling the form of the Greek letter ‘C’. Such dining couches were richly ornamented and their bolsters and cushions would be upholstered to harmonise with the wall decorations and the mosaic pavement of the room. In a Pompeian wall painting a light awning is shown protecting the diners from the sun whilst one large bolster on the edge of the couch nearest the table serves as a prop for their left arms, their right being used exclusively for eating and drinking. 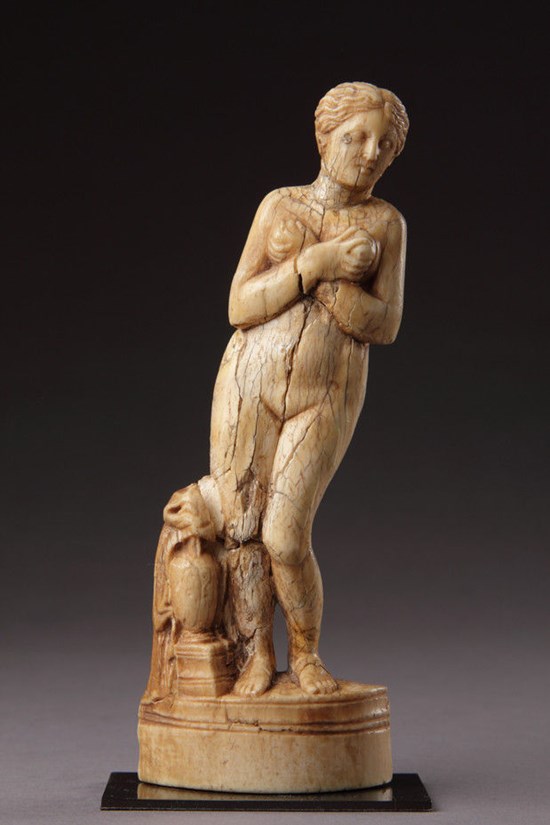 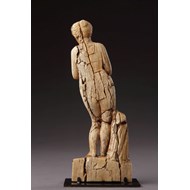 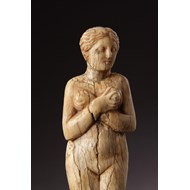 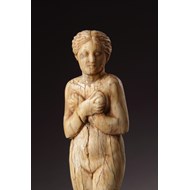 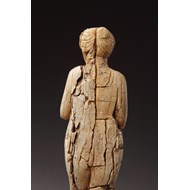 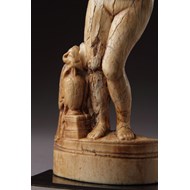 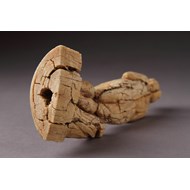