Caption Literature
A South Indian Finely Sculpted Black Basalt Stone Figure of the Hindu God Krishna Modelled as a Boy Stealing the Butter Ball Decorated with Attached Silver Necklace and Earrings, Bronze Anklets and Bracelets
Probably from Orissa
Late 18th Century
Size: 12.5cm high, 11cm deep, 6cm wide – 5 ins high, 4¼ ins deep, 2¼ ins wide
Krishna is often described in Hindu legend as a mischievous, rather spoilt child whose mother was inclined to overlook the pranks he played on her and their neighbours. Once he climbed up to where storage jars containing milk, butter and curds were hung from the ceiling of the house and broke them and played with the butter that fell out. On another occasion he and his brother Balarama untied the neighbour’s calves and chased them and held onto their tails. Worse still they deliberately used their neighbours’ newly cleaned houses as a toilet in order to annoy them. When they complained to Krishna’s mother she was reluctant to be cross with him as he looked so innocent, and merely smiled at him indulgently.
However, one day it seemed as if he had gone too far and had been caught eating earth. When he was reproached by his mother he denied it and invited her to look in his mouth and see for herself. Krishna is, after all, the supreme God and so when his mother looked in his mouth she saw not earth, but the whole of the universe with all of its continents, mountains, oceans, lightning, fire and wind together with all of the planets and stars enlightened by Nature, Mind, Destiny, Soul and Time. 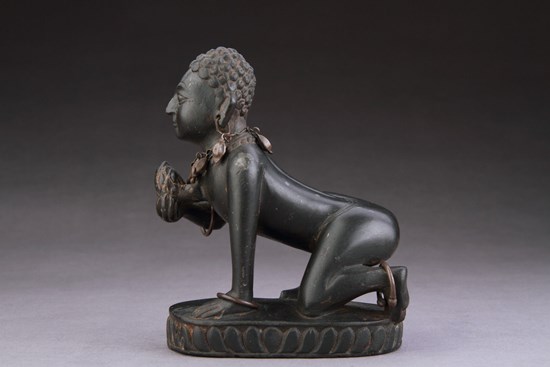 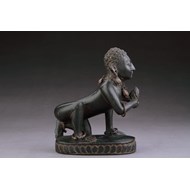 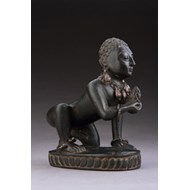 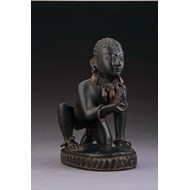 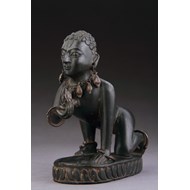 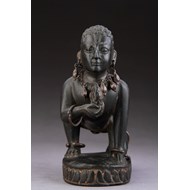 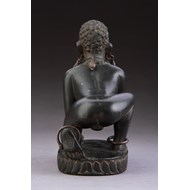