Caption Literature
A Georgian Silver and Agate Pocket Snuff Box Inscribed ‘Joseph Mallord William Turner’ and the date ‘1785’
A note inside stating ‘This agate and silver snuff box was presented to Joseph Mallord William Turner dated and signed 17.85’
Agate panel to base with crack
18th Century
Size: 2.5cm high, 5.5cm wide, 5.5cm deep – 1 ins high, 2¼ ins wide, 2¼ ins deep
J.M.W.Turner (1775 – 1851) has a good claim to be the most perceptive and creative artist that Britain has ever produced. Born on 23rd April 1775 above his father’s barbers shop at 21 Maiden Lane, Covent Garden, from an early age he displayed an interest in drawing and art. In 1785, at the age of ten, he went to live with his maternal uncle at Brentford. It is said, for the sake of his health. Whilst at school in Brentford he began to earn his first sums of money by the practice of art. He coloured some of the plates of Boswell’s ‘Antiquities’ for the foreman of the Brentford Distillery and was paid four pence each. Shortly after this his copies of engravings were being sold in his father’s shop for a shilling each. His uncle also had a house near Sunningwell in oxford and Turner’s earliest preserved drawing ‘Folly Bridge’ was executed whilst he was living there, it bears the date 1787, he was twelve years old. The next year he was sent to school in Margate and there he began his enduring love of the sea and the English coast.
In 1789 when he was fourteen he was apprenticed to Thomas Malton, the architectural topographer, and the strict discipline of draughtsmanship taught him perspective and gave him a trained eye. On 11th December 1789 he was admitted into the Royal Academy Schools, after a years probation, and in 1790 at the age of fifteen his first watercolour was shown in the Academy’s exhibition.
Perhaps when Turner left for Brentford his father presented him with the going away present of this snuffbox. It is said that he was always very fond of his eldest son, and a memoir by Peter Cunningham written in 1852, the year after Turner’s death, tells of when they both visited a customers London residence for the father to dress his clients hair, the 5 year old artist made his first drawing from a coat of arms upon a table, and that ever after this his father when asked by customers what his son was going to be would proudly reply ‘William is going to be a painter’! 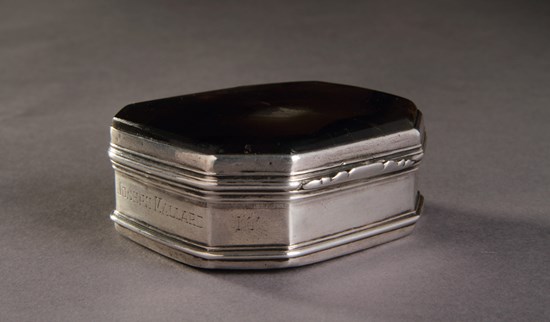 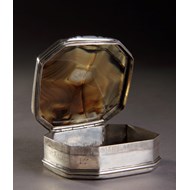 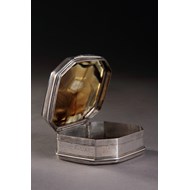 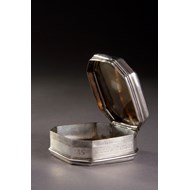 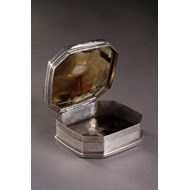 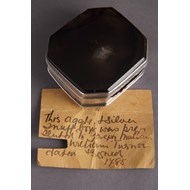 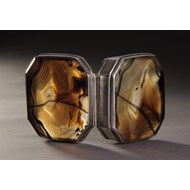 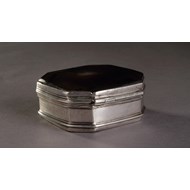