Caption Literature
An English Tudor Carved Oak Corbel Depicting a Snarling Lion
Traces of original gesso and red polychrome
First half 16th Century
Size: 65cm high, 23cm wide, 42cm deep – 25½ ins high, 9 ins wide, 16½ ins deep
Before the Great Fire of London in 1666 the buildings of the city were described by a French visitor Monsieur Mission as ‘all wood and plaster.... the storeys were low and became wider and wider as they went up. Everything was askew and looked as if it was about to collapse’. After the fire Parliament declared the city was to be rebuilt in brick and stone. This magnificent carved corbel of an English heraldic lion was probably from a merchant’s house in the old pre-fire City of London.
Addendum:
Please note this carved oak lions head is a capital from the stern or port gallery of a British merchant or war ship.
Probably not a corbel from a merchant’s house (as catalogued)
16th / 17th Century
Throughout history ships have been richly ornamented. They were always made of wood, often oak, gaily painted which protected them against the sea and weather. Wood carving on shipbuilding corresponds to sculpture in architecture. The bow and stern, mast and rudder were all over laden with ornaments during the 16th/17th centuries and the lion was an especially popular motif. 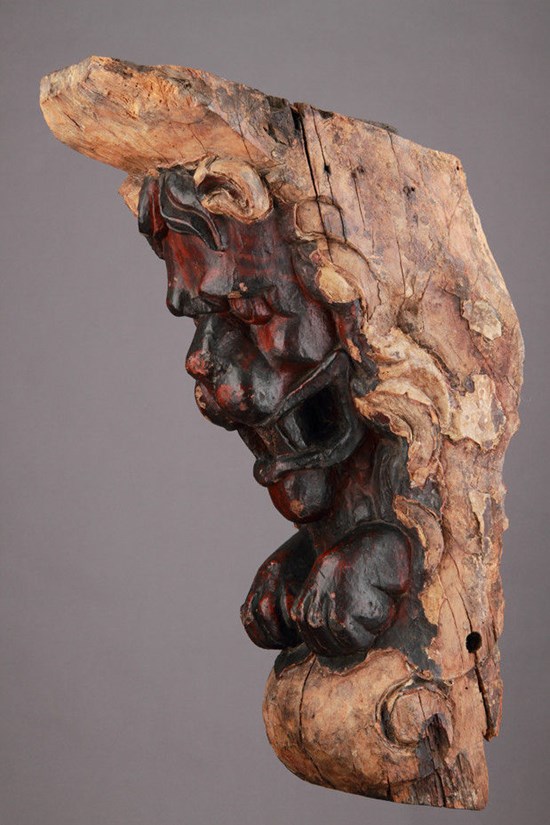 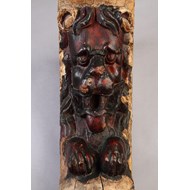 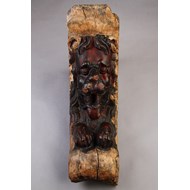 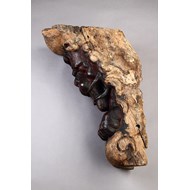 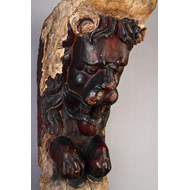 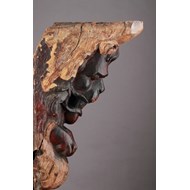 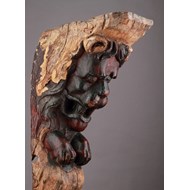 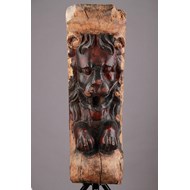