Caption Literature
An Interesting and Curious Watercolour Miniature on Ivory of Christ the Redeemer Walking Amongst Lions Set in a Painted Convex Glass Mount in an Alabaster Frame by James Bisset (1762-1832) Artist, Writer, Collector, Art Dealer and Poet
A label to the reverse inscribed ‘Bisset Birmingham’
Circa 1800
Size: 16.5cm dia. – 6½ ins dia.
A notable figure in Birmingham’s cultural and commercial life, James Bisset was born in Perth, Scotland and moved to Birmingham at the age of 13 where his brother was a merchant. He became an apprenticed japanner and by 1785 was listed in a local street directory as a ‘miniature painter’. He invented a method of painting on the inside of convex glass and by 1797 was advertising as a ‘fancy painter’. Having developed a successful business producing ornamental wares in the early 1800s he became a coiner of medals permitted to use the title ‘Medallist to his Majesty’ and designed one commemorating Nelson’s victory at the Battle of Trafalgar. In 1808 he established Birmingham’s first museum and picture gallery in a large house in New Street displaying everything from paintings to taxidermy, and medals to 'works of savage nations’ all of which was visited by one of the greatest collectors of the day, Sir William Hamilton. 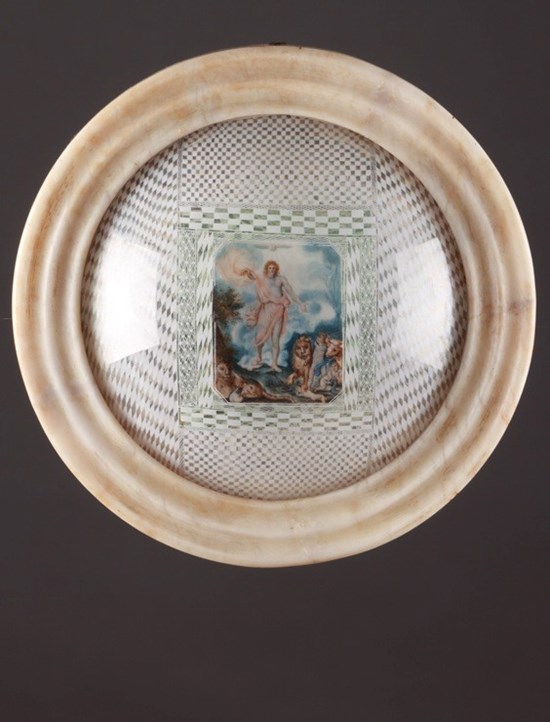 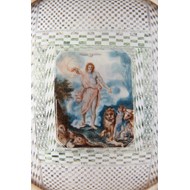 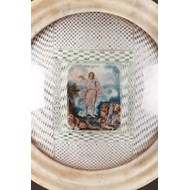 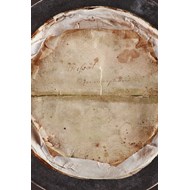 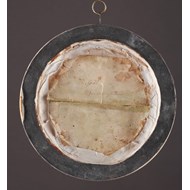