Caption Literature
An English Regency Turned Ivory Box Mounted with a Scene of Swans Swimming Upon a Lake
Ivory, gold, wax and glass
Early 19th Century
Size: 6cm dia., 3cm high – 2¼ ins dia., 1¼ ins high
Since the 14th century all the swans on the River Thames have been, and are, the property of either the Sovereign or two of the oldest City of London Guilds: the Vintners and the Dyers. During the 3rd week of July, Swan Masters and their traditionally dressed assistants row out onto the river to establish ownership of the cygnets by upending and inspecting their parent’s beaks. Those belonging to the Dyers are marked with a single nick to the beak and those of the Vintners with two, whilst the Sovereign’s swans remain unmarked.
This takes place on the stretch of the Thames between Sunbury & Pangbourne. When the Swan Upping Company, which includes the Vintners markers in green livery and the Dyers in blue, reach Windsor Castle the Queen is saluted by the cry ‘Her Majesty the Queen, Seigneur of Swans’. The work, which lasts from Monday to Thursday, concludes with a banquet at which roast cygnet is served. 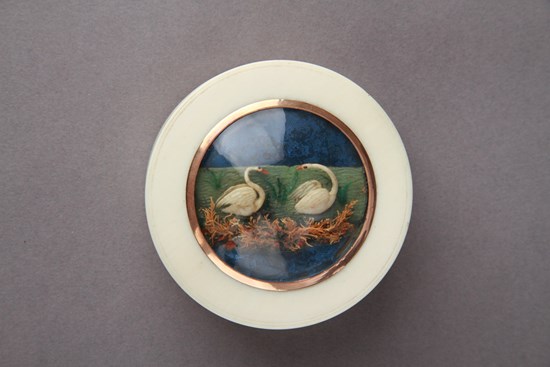 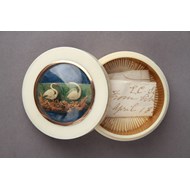 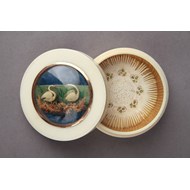 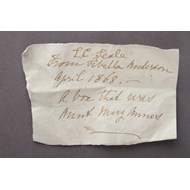 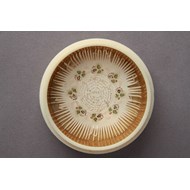 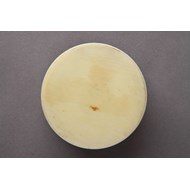 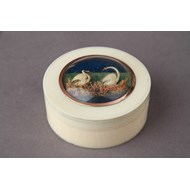